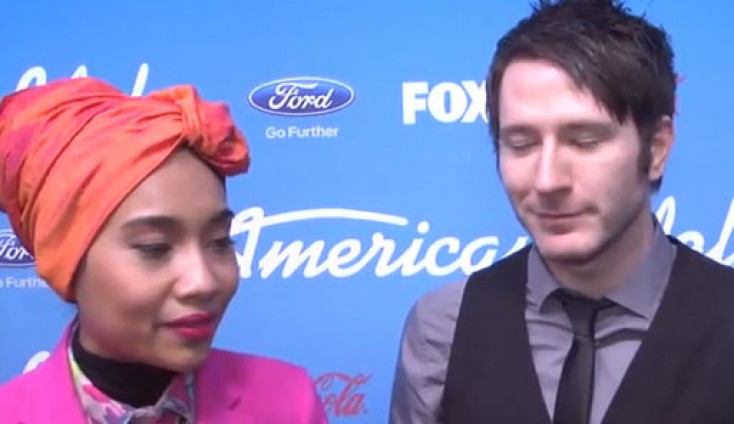 Hollywood – It was an exciting night for music artists Yuna & Owl City as The Top 10 American Idol sang their song “Shine Your Way.” According two the two artists, The American Idol contestants did a great job. “Shine Your Way” can be found on the soundtrack of the new Dreamworks film “The Croods.” Owl City told correspondent Chris Trondsen that he’s currently touring while Yuna was just excited to be part of great song. Yuna is from Malaysia and excited to have embarked on a music career in the United States.