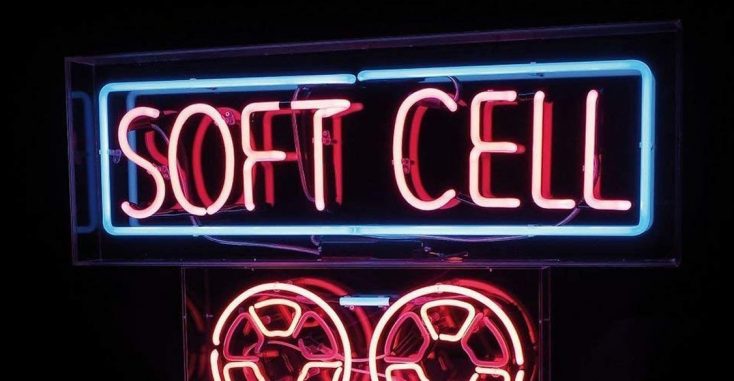 Two new lavishly deluxe CD box sets, one from British synth-pop duo Soft Cell and the other showcasing American singer-songwriter Bobbie Gentry, are so full of rarities, unreleased tracks and other treasures that they will be irresistible to deep-pocketed fans. Although neither is what anyone but Jeff Bezos would regard as an impulse purchase (their suggested retail prices are $124.98 for the 10-disc Soft Cell box and $79.99 for the eight-disc Gentry collection), breaking those amounts down into per-disc prices makes them seem almost reasonable. Or that’s what gotta-have-’em devotees can tell themselves, anyway.

Each set comes in a 10″ x 9.5″ slipcase that contains a photo-filled hardback book and two fold-open disc holders. Although those dimensions make them an awkward fit for most CD shelves, both sets are attractive enough to display separately.

Soft Cell’s box set provides a fitting memorial to the band that played what was billed as its final concert just last month at London’s O2 Arena. Best known for their 1981 worldwide hit version of “Tainted Love,” singer Marc Almond and keyboardist Dave Ball split in 1984, got back together for a reunion album and live dates from 2001-2003, then went their separate ways again until September’s farewell performance.

“Keychains and Snowstorms” (the title comes from a line in the darkly catchy song “Memorabilia”) consists of nine CDs plus a DVD of the duo’s music videos and many TV appearances.

What makes the set attractive even to longtime fans who already own all of Soft Cell’s other albums and singles is the presence here of so many rarities, alternative versions and previously unreleased live tracks. A disc titled “Non-Stop Euphoric Dubbing” consists of 15 continuous new remixes. A disc labelled “The Early Years 1978-81” includes 23 previously unheard or hard-to-find songs including mixes produced by Mute Records head Daniel Miller, a Flexipop (remember those?) version of “Metro MRX,” and even a cover of Black Sabbath’s “Paranoid.”

Other CDs in the set are devoted to The Phonogram 12″ Hits 1981-84, The Phonogram B-Sides 1981-1984, New Extended and Reworked Mixes, Rarities, Alternative Versions and Curios, In Session/Reunion/Cruelty Without Beauty, and two discs taken mostly from 1983 live shows in Los Angeles.

The 80-page hardback book features lots of photos, text pieces by Almond and Ball, and an excellent essay about the duo’s history written by Simon Price.

The fact that this eight-CD set includes every track from all seven of sultry-voiced country-pop crossover singer Bobbie Gentry’s Capitol Records albums released between 1967 and 1971 may seem like a drawback to fans who already own some or all of those individual LPs or CDs (“Ode to Billie Joe,” “The Delta Sweete,” “Local Gentry,” “Bobbie Gentry & Glen Campbell,” “Touch ‘Em With Love,” “Fancy” and “Patchwork”). The good news is that every album has been remastered for inclusion here. The even better news is that they are supplemented by no less than 75 previously unreleased recordings, including outtakes, demos and live performances taken from Gentry’s BBC television series.

Each of the seven original albums appears here as a separate disc that includes bonus tracks from the same period (mostly demos, plus some songs that didn’t make the cut). The set’s eighth CD is the one that will really delight followers of her work. That disc collects 26 tracks from her BBC TV series, all previously unreleased. Along with many of Gentry’s own compositions, the performances include a medley of The Beatles’ “Mother Nature’s Son” and “Blackbird,” along with Gentry’s excellent rendition of “Mr. Bojangles.”

The box set’s photo-filled hardback book includes a fascinating biography of Gentry, who rose from Mississippi poverty to become an international singing sensation, a TV star, and one of the highest-paid performers in Las Vegas before retiring completely from the spotlight. Gentry has not recorded, performed or been interviewed since 1982, when she was 40 years old.

A pocket in the book’s back cover holds eight postcards with even more photos, plus a reproduction of Gentry’s original handwritten “Ode to Billie Joe” lyrics. Although the lyrics include an extra verse that went unsung, it unfortunately does not solve the mystery of exactly what it was that Billie Joe McAllister threw off the Tallahatchie Bridge.

Because this set contains only tracks recorded by Gentry when she was signed to Capitol Records, it is missing her one single released by Warner Bros. when she switched labels (“Steal Away,” backed with “He Did Me Wrong, But He Did It Right”), as well as several songs she recorded for a never-released Warner Bros. album.

With any luck, the renewed interest Gentry should receive for this excellent overview of her too-brief career will result in those tracks also seeing the light of day.

The Return of ‘Khan’ to Theaters for a Limited Engagement