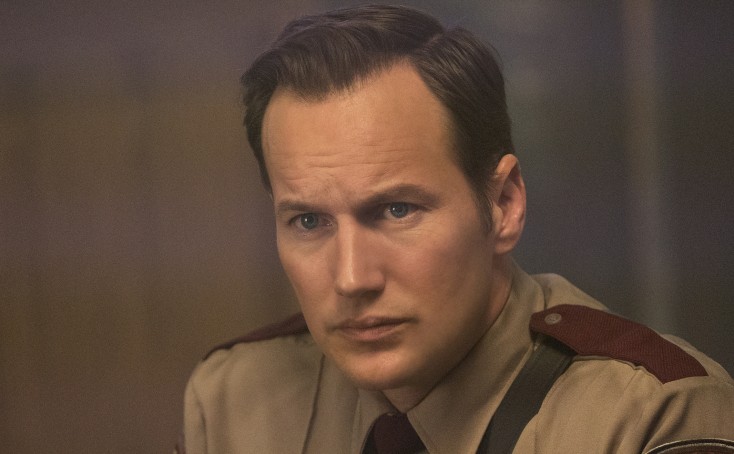 HOLLYWOOD—Two years ago, Noah Hawley adapted the Coen brothers’ Academy Award-winning dark comedy “Fargo,” into a limited TV series. The series, starring Billy Bob Thornton and Colin Hanks, turned out to be an extraordinary work that stood on its own (with a few notable nods to the film). Told in 10 episodes, “Fargo” (the TV show) won a slew of awards, including Emmys, two Golden Globes, a Peabody and a pair of Critics’ Choice awards, among others. It was the most critically acclaimed show of 2014, and one of the greatest achievements in the history of burgeoning FX network. So when Hawley and executive producer Warren Littlefield said they were going to make a second season, the pressure was on.

Hawley spoke about the new season at the Television Critics Association.

Hawley: When I first went in to meet with everybody at FX and MGM, I said, “Why is the movie called “Fargo?” It takes place in Minnesota, right?” So only the first scene in the movie takes place in Fargo, but they call it “Fargo” in my mind because the word itself is so evocative of a place, the tundra, where civilization meets the wilderness. And now we have the movie. So the name “Fargo” is not only evocative of a place, it’s evocative of a kind of story, a true crime story that isn’t true, where truth is stranger than fiction. And so it becomes exciting to think about that as a place to tell stories.

Q: There are references to Ronald Reagan in the pilot episode and also what appears to be a UFO sighting. What, if anything, can you say is the significance of those elements?

Hawley: I guess the shortest version of the answer is to say that the specter of Ronald Reagan kind of hangs over the movie because it also hangs over the time period, 1979, which is the end of the ’70s and this moment where post‑Watergate, post‑Vietnam, the American narrative become so complicated. The conspiracy did go all the way to the top, and nobody knew if we could get out of this mess. Then, along came Reagan who said, “It’s not that complicated. We are Americans.” The country changed dramatically from the ’70s to the ’80s. We don’t have a particular point of view about whether that a good change. It’s not a political idea. It’s just the reality of what happened to the country. So I thought it was interesting to have that element of the time period be part of the movie.

So we start with a fake Ronald Reagan movie from 1951 called “Massacre at Sioux Falls.” Part of that is just playing around because, obviously, this season, everyone will know it’s about a massacre at Sioux Falls and, then we have this idea that, literally, these characters are standing around waiting for Reagan the way that America was. They didn’t know that they were waiting for Reagan, but it turned out that they were. So I thought that was interesting.

And (the supposed UFO) was a weather balloon. Nothing is in there by accident, but at the same time, there is a certain accept‑the‑mystery quality that we cultivate on the show, which is that the universe is not an easily explained place, and it’s not in there by accident. We’ll see where it goes.

Q: Is someone actually going to be playing Reagan later in the film? We’ve heard that you are going to have a Reagan on the film.

Hawley: Yes. It might be Bruce Campbell joining us as Ronald Reagan. John Cameron, our executive producer, grew up near Bruce. Bruce obviously did a lot of work with the Coens early on. (Bruce and I) had a long conversation about it and the accent and the mannerisms, and I think he did an amazing job. It’s really awesome.

Q: Season 1 had a central, very frightening villain from the outset in Billy Bob Thornton’s Malvo character. Is this going to be more a case of group villainy, or is someone going to emerge as the villain?

Hawley: It’s like a horse race story to see who ends up at the finish line. There are a lot of moving pieces and you have this small‑town couple that find themselves caught in this war between Kansas City mafia and the Gerhardt (crime) family. Obviously, they’re both crime syndicates where violence is a real factor. But there are a lot of different personalities involved, and that’s what’s interesting. We’re setting up this dynamic where there are a lot of bad people on a collision course, and the idea is: Who will emerge?

That’s a really exciting dynamic. It seemed just instinctual to try to go with another Malvo (Thornton’s character from the first season). But each year you have the same sort of singular archetypal villain. You’re going to immediately get comparisons. You really can’t live up to in the immediate aftermath. So this was a way to do something similar, but different.

Q: Can you talk a little bit about the casting of Patrick Wilson as a state Trooper?

Hawley: What I’ll say about Patrick is he is the only one who can wear a maroon uniform for 10 hours and you can think he’s just so handsome. In our first year, we do not have this archetype of the sort of heroic American male. We had Colin Hanks’ character, who made a choice in the very first hour to go home to his family instead of confronting Malvo, and he spent the rest of the time making up for that. But really it was Molly who was wearing the pants in that scenario. So it was really fun in this dynamic with both Patrick (Wilson) and Ted (Danson, who plays his father-in-law, the county sheriff), to have these guys who had been to war. They knew what they were capable of. Their mettle had been tested, and they knew the storm clouds were coming because they had seen them before.

Patrick has this quality—which I think that Colin also had—which is he’s a good guy. There is a decency to him—to the man and the character, where he’s not going to brag. He is not going to complain, and he’s always going to make the best of the scenario. We’ve saddled him with a wife who has cancer and a six‑year‑old daughter, and this experience in Vietnam, but you’ll never hear him complain about it. He’s always going to be the guy who’s the first with a smile. I can’t imagine who else could have pulled this off.

Q: Why did you cast Kirsten Dunst as Peggy Blomquist?

Hawley: I told Kirsten on the first day of production, I said, “I think I had your poster on my wall in high school. You had the perfect hair and, you know, it was pretty awesome.”

Q: On the first season, you implanted these little clues about where we are now with illusions to this other crime we had witnessed. Will there be hints of whatever a hypothetical third season might be, or do you not know what it is yet?

Hawley: (jokes) We’re on the UFO. It’s going to be this space station “Fargo” in the year 2555. But, no, I don’t know that. You watch the first three episodes of year one, and you thought it’s actually not connected to the movie at all. And then in the fourth hour, you realize that it was connected to the movie on some level, and that this second year is sort of very literally connected to the first year. So I feel like there will always be some connection, but it doesn’t necessarily have to be pivotal. It can be tangential, but that’s as far as I’ve really thought about it.

Q: How much of this version of the world and these characters did you actually have in your head when you were doing those scenes in Season 1?

Hawley: I didn’t really know, but it just seemed interesting to me to kind of lay in some stuff and create a sense of desire in the audience to see more.

Q: The character of Mike looks like he came from “Pulp Fiction.” He’s kind of like Samuel Jackson’s character. Is that intentional? Is he that type of a character, or is that just what happens when you put that 1979 hairstyle ensemble on?

Hawley: He wears Western suits and bolo ties too. He’s a very iconoclastic character who doesn’t really fit in anywhere in a way, which is both what makes him interesting, but also sort of isolates him in the story. You definitely see over the course of (the season) the lengths of his ambitions. He’s really in it alone. That adds a resonance. I always try with these characters not to make them just one thing or another. But I like the idea that you might go into a scene rooting for one character, and come out of it rooting for another one. It becomes more complicated when no one is just purely a villain and that you’re putting these forces together. We’re building the relationship with the Gerhardt family. We’re rooting for them on some level. But we’re also rooting on some level for Brad and for Bokeem and that makes it interesting.