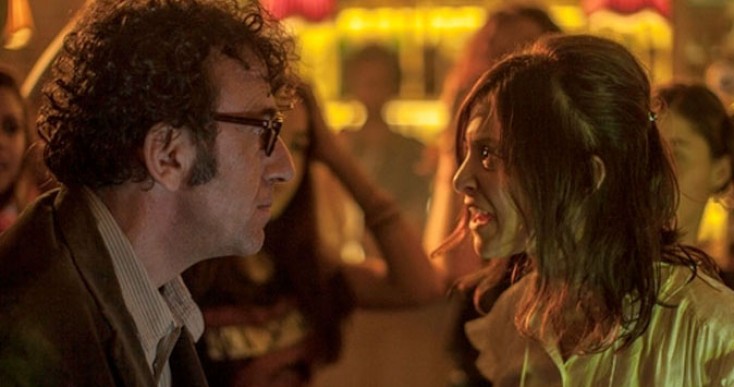 HOLLYWOOD—“Enlightening, diverse and innovative!” is the theme of the Eighth Annual Los Angeles Greek Film Festival (lagff.org), opening Wednesday, June 4, with Nick Cassavetes’ hit romantic comedy “The Other Woman.” The comedy stars Cameron Diaz, Leslie Mann and supermodel Kate Upton, as three women who are duped by a serial philanderer played by “Game of Thrones” star Nicolaj Coster-Waldau. Yorgos Tsemberopoulos’ revenge drama “The Enemy Within” will wrap up the five days of screenings, red carpet events, receptions, and industry panels at the Closing Night Gala on Sunday, June 8, at the Egyptian Theatre in Hollywood.

This year’s LAGFF comprises 29 features, documentaries and short films, including two world premieres, 14 U.S. premieres and 11 films making their Los Angeles debut. For the first time in the festival’s history, over a third of the programming is by female filmmakers.

“As Greece is still grappling with the aftermath of an unprecedented crisis, the upheaval of Greek society is represented in much of the current Greek cinema, leading its artists beyond the known and the safe. This year’s films reflect the continued search for answers and solutions”, said Festival topper Aristotle Katopodis. “What makes this year even more special is the fact that we had a record number of submissions from female and first time filmmakers whose works we are proud to have represented in this year’s program.”

Nick Cassavetes, a second-generation Greek-American Hollywood filmmaker, will ring in the red carpet Opening Night Gala on June 4. The Opening Night event also includes a performance by Billboard chart topper and Australian singing sensation Vassy, a dinner reception and music and dancing outside under the stars.

Hot off its Best Director win at the 2014 Hellenic Film Academy Awards, Yorgos Tsemberopoulos’ gripping revenge thriller “The Enemy Within” (O ehthros mou) will cap the Closing Night Gala on June 8. The drama tells the story of Kostas whose quiet life is shattered after he is the victim of a violent home invasion. The days following the vicious attack shake the very core of his family as they struggle to make sense of what has happened. A Q&A with the award-winning director will follow the screening.

As previously announced this year’s honorees will be acclaimed producers Anthony Katagas (“12 Years a Slave”) and Steve Nicolaides (“When Harry Met Sally”). Actor/Comedian Angelo Tsarouchas will also be on hand to present. Named for the legendary Greek poet and “father of songs,” the Orpheus Award is the Los Angeles Greek Film Festival’s annual prize intended to honor the best in Greek and Greek-inspired cinema. Since the Festival’s inception in 2007 the awards night has become an integral event serving to highlight the art and artists who are changing the way we think about film.

Yiannis V. Lapatas’ documentary “Passage Into History,” which follows as people from all over the world gather in Nemea, Greece, for the revival of the Nemean Games. They come to take a leap into the past, run in the Stadium, and be crowned with wild celery makes its world premiere here as does Konstantinos Mousoulis’ short romantic thriller “Birthday Surprise” about a wealthy criminal who returns home drunk on his birthday only to find an attractive young woman waiting for him as his present, or is she?

Female filmmakers are represented with several first feature bows, including the Los Angeles premieres of Elina Psikou’s drama, winner 2014 first time director nod at 2014 Hellenic Film Academy, “The Eternal Return of Antonis Paraskevas” (“I aionia epistrofi tou Antoni Paraskeva”). Greek filmmaker Christina Koutsospyrou and English filmmaker Aran Hughes first feature documentary hybrid “To The Wolf” (“Sto Lyko”) that shadows the life of two impoverished shepherd families in western Greece and their struggle to survive; and the U.S. premiere of Alexandra Anthony’s emotionally intriguing documentary “Lost In the Bewilderness,” a 20-year journey following the abduction of her cousin at age five by his mother from Greece and the family’s odyssey to reconnect after he is found.

Other festival highlights include the US premieres of the documentaries “Crossed Lives” directed by Spyros Teskos (“Nikaria mou”) which analyzes the current economic and humanitarian crisis in Greece in juxtaposition with the economic policies of the Third Reich during WW II; and Elias Yannakakis’ award-winning “People and Shadows” (“Kalavryta: Anthropoi kai skies”) – a studied look at the German occupation of the Greek city of Kalavryta. Los Angeles premieres include the suspense thriller “Wild Duck” helmed by Yiannis Sakaridis where a hunt for online hackers turns deadly; Kyriacos Tofarides’ social satire “Block 12” about a house, a family, a government and oil with a little bit of magic thrown in; and the highly anticipated screening of Alexandros Avranas’ feature “Miss Violence,” which exposes a hidden and hellish world after the tragic and unexpected suicide of an 11year-old girl. “Miss Violence” took home Best Euro-Mediterranean Film, Best Director, Best Actor, Best Film honors in the ‘Young Cinema Award’ section last year at the Venice Film Festival.