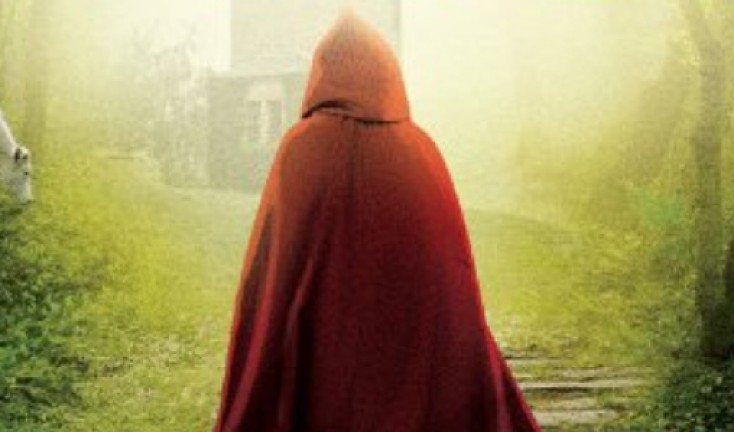 Before the 2014 big screen adaptation of Stephen Sondheim’s “Into the Woods” hits theaters, fans of the popular musical may be interested in watching a performance of the original Broadway version available Tuesday, Dec. 2, on Blu-ray.

The three-time Tony Award winning production, filmed in 1991, features an all-star cast including Bernadette Peters, Joanna Gleason, Chip Zien, Tom Aldredge and Robert Westenberg. It is available for a suggested retail price of $24.98.

The story goes: A baker and his wife journey into the woods in search of a cow, a red cape, a pair of golden slippers and some magic beans to lift a curse that has kept them childless. Tony award winners Peters, Gleason and the rest of the original Broadway cast weave their magic spell over audiences in the Sondheim (music and lyrics) and James Lapine (book) award-winning musical—a seamless fusion of fairy tale characters and what happens after “happily ever after.” With oft-recorded songs such as “Children Will Listen” and “No One is Alone,” “Into the Woods” is sure to please fans of musicals.

“Kite” is available on a Blu-ray/DVD and Digital HD combo pack Tuesday, Dec. 2. Directed by acclaimed filmmaker Ralph Ziman, the action-packed film stars up-and-comers India Eisley, Callan McAuliffe, and beloved fan favorite Samuel L. Jackson. The suggested retail price of $30.99 for the Blu-ray combo pack, and a never-before-seen special behind-the-scenes look at “The Making of ‘Kite.’” It will also be available on DVD for $24.98 and is available On Demand and on iTunes.

Based on the cult classic anime of the same name, “Kite” tells the story of Sawa (India Eisley, “The Secret Life of the American Teenager,” “Underworld: Awakening”), a young woman living in a corrupt society where crime and gangs terrorize the streets. When Sawa’s mother and policeman father are found victims of a double homicide, she begins a ruthless pursuit for the man who murdered them. With the help of her father’s ex-partner, Karl Aker (Samuel L. Jackson of “Captain America: The Winter Soldier,” “The Avengers”), and a mysterious friend from her past (Callan McAuliffe of “The Great Gatsby,” “I Am Number Four”), she becomes a merciless assassin, blasting her way through the dark world of human trafficking only to uncover a devastating truth.

Brian Cox, wrote the script and produced the film along with Anant Singh (“Mandela: Long Walk to Freedom”). Produced by Distant Horizon and released through Anchor Bay Entertainment, “Kite” is executive produced by Moises Cosio and Alberto Muffelmann of Detalle Films.

“The Sheik” is a pop culture documentary available on VOD and all digital platforms Tuesday, Dec. 2, that chronicles Khosrow Vaziri’s career. From his upbringing in Iran, his journey in America, to his unprecedented experiences as America’s most hated villain as professional wrestling’s The Iron Sheik.

Directed by Igal Hecht, the film explores the Sheik’s personal relationships with those closest to him, and those who know him best: his wife, his children, his grandchildren, his contemporaries and colleagues.

At age 72, the Sheik has embraced an unlikely new career as an outlandish social media sensation; known for hilarious outbursts and popular antics.

Tags:Into the Woods, Kite, Stephen Sondheim, The Iron Sheik, The Sheik
Previous PostChristian Bale Follows in the Sandals of Charlton Heston in ‘Exodus’ – 4 Photos
Next Post‘Into the Woods, ‘Kite’ and ‘The Sheik’ at Home – 3 Photos