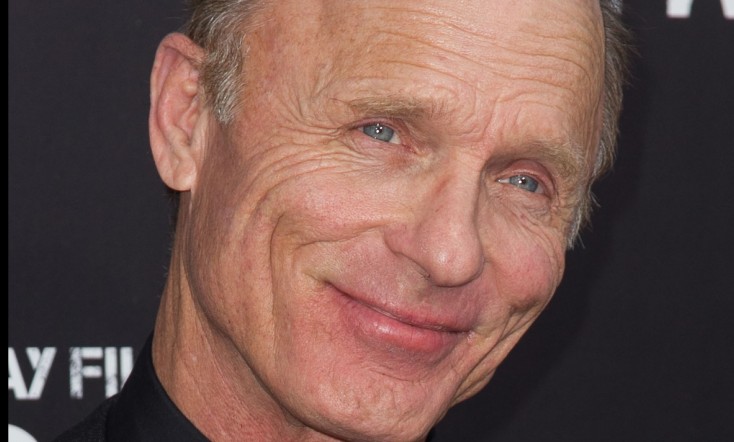 Though it was widely reported last fall that four-time Oscar nominee Ed Harris and “Breaking Bad”’s Giancarlo Esposito would be co-starring in an historic film about abolitionists John Brown and Frederick Douglass, respectively, it turns out that actor Paul Giamatti and his producing partner Daniel Carey through their Touchy Feely Films may have beaten them to the punch.

While promoting his new film “Snowpiercer,” Harris (who depicted astronaut John Glenn in “The Right Stuff” and artist Jackson Pollack in the self-titled biographical film he directed) candidly revealed that he tried to work in cooperation with Giamatti, who also wanted the rights to Tony Horwitz’ 2011 Brown biography “Midnight Rising.”

He said, “I had my eye on the same book. I was told Giamatti was interested in getting the rights (though) he hadn’t gotten the rights yet. Then I get an e-mail from Giamatti saying, “Ed, I understand you’re interested in getting the rights to John Brown. I want to make a (TV) series about it.” And I (responded), “Yeah, I don’t know about a series. I think it would make a better film, but let’s talk about it.” This was before anybody bought the rights. “Let’s talk about it,” I say. Next thing I know, he bought it and he’s doing it for FX.”

Harris, 63, would say little more about the situation other than he was not asked to play the 19th century anti-slavery advocate, who believed the only way to end the immoral institution was through armed insurrection. He led an unsuccessful raid on a West Virginia federal armory and was captured and hanged for murder, conspiracy and treason less than two years before the Civil War began.

Coincidentally, the writer of “Snowpiercer,” the movie in which Harris stars as a ruthless leader of a train filled with various classes of survivors of a catastrophic event, is on board to write Giamatti’s “Midnight Rising” miniseries for the cable network FX. Giamatti has a first-look production deal with FX Productions.

“We’re doing an eight-hour miniseries for FX,” said Kelly Masterson, who also penned the Philip Seymour Hoffman starrer “Before the Devil Knows You’re Dead,” and the TV movie, “Killing Kennedy,” based on the nonfiction book by political conservative Bill O’Reilly.

“Paul Giamatti is one of the producers on it,” Masterson confirmed. “It’s a wonderful, interesting historical story that I knew very little about, and I was lucky enough to get hired to write.”

The playwright/screenwriter said he didn’t know who would be cast to play Brown (or Douglass, for that matter).

“I’m trying to write John Brown and then we’ll figure out who it can be,” he said. “But (Giamatti) already has taken it off the table (that he will play Brown). I don’t think he wants to play it.”

Masterson says he is fascinated with Brown, a onetime Kansas farmer who became a radical anti-slavery activist.

“It’s fascinating because he was a zealot and a bit crazy but he also, I think, was right,” he said. “I’m telling a heroic story of a dark figure, a violent man, a religious fanatic, a man with a lot of flaws that led his own sons into a very dangerous situation. But again, here’s this heroic man, who does a great thing.”