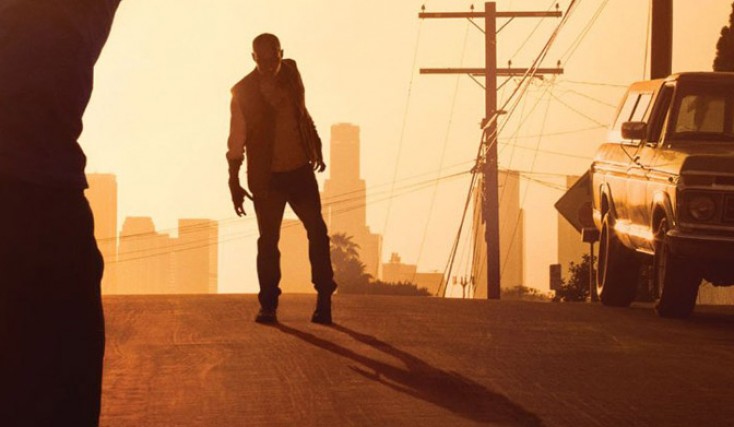 Tracy (Lola Kirke) is a lonely college freshman in New York, having neither the exciting university experience nor the glamorous metropolitan lifestyle she envisioned. But when she is taken in by her soon-to-be stepsister, Brooke (Gerwig), a resident of Times Square and adventurous gal about town, she is rescued from her disappointment and seduced by Brooke’s alluringly mad schemes. Noah Baumbach directs the film from a screenplay he wrote with Gerwig.

Special features in the Blu-ray Combo Pack include promotion featurettes, a gallery and theatrical trailer.

Inspired by banned online videos of timeless legends like Michael Jackson and Rudolf Nureyev, Afshin and Elaheh embrace their passion for dance, and for one another. With palpable tension, breathtaking choreography and spectacular cinematography, “Desert Dancer” is a tale of extraordinary courage, love and the fulfillment of dreams.

Special features include “Desert Dancer: In Conversation with Afshin Ghaffarian,” “The Rise of the People” and “First Memories.”

“Fear the Walking Dead: The Complete First Season” will be released on Blu-ray and DVD on Tuesday Dec. 1. Created by Robert Kirkman (“The Walking Dead”) and Dave Erickson (“Sons of Anarchy”), the AMC series premiered in August as the highest-rated new show in cable history. The 2-disc set includes character bios as well as “A Look at the Series.”

Taking place in the same universe as “The Walking Dead,” “Fear the Walking Dead” is a gritty drama that explores the onset of the undead apocalypse from a more urban perspective. Set in Los Angeles, where people come to escape, shield secrets, and bury their past, a mysterious outbreak threatens to disrupt what little stability high school guidance counselor Madison Clark (Kim Dickens, “Gone Girl”) and English teacher Travis Manawa (Cliff Curtis, “Missing”) have managed to assemble. The everyday pressure of blending two families while dealing with resentful, escapist, and strung out children takes a back seat when society begins to break down.

A forced evolution, a necessary survival of the fittest takes hold, and the dysfunctional family must either reinvent themselves or embrace their darker histories.

Belle (Parris) is a beautiful young woman who never found a bright future because she was too busy running away from a heartbreaking past. But news of her mother passing away brings Belle back home to her family and the painful memories she tried to leave behind. Only when she finds the strength to confront her family’s shameful history, does Belle learn that forgiveness has the power to heal the scars of a broken childhood and unlock her heart to the possibility of love. The film, which also stars Brian White (“Scandal”), Leon (“And Then There Was You”) and multiple-platinum recording artist and actress Macy Gray, is written and directed by Leila Djansi (“Ties That Bind,” “And Then There Was You.”)

“Roger Waters The Wall” is available on Blu-ray, DVD and Digital HD Tuesday, Dec. 1. Written and directed by the Pink Floyd co-founder Roger Waters and Sean Evans. The film unfolds on many levels—an immersive and undeniably epic concert experience of the classic Pink Floyd album, a road movie of Waters’ reckoning with the past and an anti-war protest film, highlighting the human cost of conflict. The film received a one-night-only global cinema release in September, where hundreds of thousands of fans worldwide witnessed the impact of the 1979 album The Wall in a special cinematic event.

“Roger Waters The Wall” was shot during his sold out 2010-13 The Wall Live world tour.   Seen by more than 4 million fans at 219 shows over a period of three years, the show was the highest-grossing tour by any solo artist in history.  The film, shot in 4K and mixed in Dolby Atmos, features never-before-seen concert footage from this tour and includes the hits Another Brick in the Wall Part 2, Comfortably Numb and Run Like Hell.

Beyond the music, the film follows Waters as he embarks on a deeply personal pilgrimage and reflects on the impact of war with his own family. Woven throughout the film, Waters travels to France to the site where his grandfather is buried, and Italy to a memorial for his father, both lost to war. The journey offers a revealing, candid portrait of a man who is passionately and unapologetically anti-war.

The DVD release features bonus footage of Roger Waters visiting the grave of poet and soldier Frank Thompson, who lost his life during World War II. The 2-disc Blu-ray and Digital HD features more than 95 minutes of bonus footage from the unforgettable moment when Waters was joined on stage by Pink Floyd band mates David Gilmour and Nick Mason at London’s O2 Arena in a performance of Comfortably Numb during his world tour, as well as driving outtakes from the road movie.