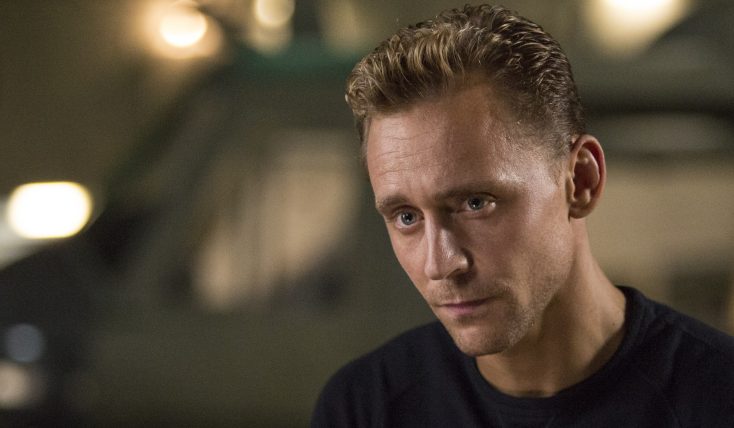 HOLLYWOOD—British actor Tom Hiddleston has carved a niche for himself in recent years, playing villains and antiheroes in Hollywood films. Most notably, he plays Thor’s jealous and destructive adoptive brother Loki in the Marvel superhero films—a role he is set to reprise in “Thor: Ragnarok,” due out in November. And yet the formally trained actor can easily slip into honest to goodness heroic characters as he did in the TV series “The Night Manager,” in which he played a former soldier turned luxury hotel manager called back into service to infiltrate an illegal arms trade. He earned a Golden Globe award for that understated performance.

The 36-year-old actor plays another heroic character in the action adventure “Kong: Skull Island,” the newest version of the classic big ape story. Hiddleston stars as Captain James Conrad, a former SAS black ops officer, who joins a top-secret U.S. military expedition to an unchartered island in the South Pacific in 1973 to investigate its mysterious inhabitants. They discover a creature that is none too happy about outsiders disturbing his realm. Hiddleston co-stars with Samuel L. Jackson, John Goodman, John C. Reilly, Toby Kebbell, Corey Hawkins and Academy Award winner Brie Larson (“Room”) in the action-packed adventure directed by Jordan Vogt-Roberts.

During a stopover here to promote the film, which shot on location in Hawaii, Australia and Vietnam, Hiddleston spoke about being part of the talented ensemble cast, getting into character and learning to surf. He also offered his armchair psychoanalysis of Loki.

Q: Were you eager to be part of a “King Kong” film. Did it come down to that element for you?

Hiddleston: Yeah, as it was pitched to me it was a big adventure film that in lots of ways was quite old-fashioned but with a very fresh context. It was a completely original story and characters. Truly, I think there’s a part of all of us that wonders how we would survive on an island untouched by man and how would we survive on an island untouched by man and inhabited by King Kong? I’ve always loved that character. He’s almost like a modern-day myth, an icon of the cinema.

Q: Your character, Conrad, has a platonic relationship with the Mason (Weaver, a photographer played by Brie Larson). They are co-workers and they don’t become lovers like in a lot of films. They are working towards one goal together. How was that and how was working with Brie Larson?

Hiddleston: I loved working with Brie. I remember very early on, both of us were kind of singing from the same hymn sheet about how some of these films can work if you reinterpret myths. There’s something about cinema that’s (bred) with myth. Both Conrad and Weaver are iconoclasts. They question the status quo and they are loners to some extent, and that’s appealing. Many of the other characters are in service of the United States military. Conrad is British SAS and Weaver is a photojournalist, so in the (expedition) they occupy a questioning, independent viewpoint.

I loved as we were developing the character; my character, Conrad, is a direct counterpoint to Sam Jackson’s (Lt. Colonel Packard) character. You have two highly skilled military commanders: Packard is a commander in the sky, Conrad is a commander on the ground with huge capabilities in reconnaissance, the recovery of lost soldiers, jungle warfare, and they diverge in opinion. Conrad can disagree with Packard without being insubordinate. That was important that you had these two equally skilled, experienced characters (that) can have a difference of opinion about what to do next without somehow starting a mutiny.

Q: The soldiers come to the island, drop a bomb and don’t show respect to nature, and then Kong comes after the humans. What’s your relationship with nature and the planet?

Hiddleston: There is a theme in “Kong: Skull Island” about the power and majesty of the natural world. A healthy connection with the natural world actually makes us more human as opposed to less. Right now, I personally feel that people feel very reassured by nature because it makes us feel small and that’s a good thing for human beings and society. I’m reading a book called “Sapiens: A Brief History of Humankind” by Yuval Noah Harari, and it really takes the long view about the history of our planet and that the human race has had quite a short primacy. Before us there were dinosaurs, megafauna, and maybe after we’re gone there will be more again. I love that most recent series “Planet Earth II” by the BBC and David Attenborough and you see images of lions, buffalos, lynxes and giraffes in the wild. People take huge comfort in nature.

Q: You traveled to three widely different countries in the Pacific. Did you spend a lot of time admiring the scenery?

Hiddleston: Yeah, we were taken to some of the most breathtaking places on the planet. I think you can tangibly feel that the cast have been placed into natural environments which have their own atmosphere and ecosystem. We went to Oahu in Hawaii, to Queensland in Australia, and northern Vietnam around Hanoi, Ninh Binh and Phong Nha. I especially admired Vietnam but I also enjoyed all the other places I’d never seen (like) the rainforests of Australia. They have their own ecosystems, dangerous plants, beautiful birds, snakes, and spiders. There’s something about being in those environments which helps us understand who we are.

Q: What did you do during your down time?

Hiddleston: It was Thanksgiving so as a British citizen I had nowhere to go. I stayed in Hawaii and I learned to surf. It was a beautiful place to do it. The waves are very gentle there and the ocean is very warm. That’s how I spent my Thanksgiving. I’d never surfed before.

Q: How long did it take you to stand up on the board?

Hiddleston: I was up on the first day. That’s probably the waves; it has something to do with the Hawaiian waves, not with me. There are sea turtles out there, which are always lovely. Where we were in northern Vietnam were some of the biggest caves on the planet. I mean (they were like) cathedrals inside mountains, and I had a few days off to visit some of these caves. (It was) absolutely breathtaking, and remarkable. (The caves) were high, wide and go deep into the rock. Some of them you have to swim into. You take head torches, then swim into them and you can look at stalagmites.

Q: It was reported that you sought out SAS men or military men for their input, which you’d think would only be relevant if they had ever actually fought a giant ape. Are you the kind of person that there is no such thing as over-preparing?

Hiddleston: I think it’s my job. I truly think any preparation you do only helps add dimension and complexity to the work. The character as written on the page is a blueprint for a human being. That kind of research adds to it. There were things that came about as a result of the research I did.

I discovered that the British SAS had a jungle warfare school in Malaysia in the late ‘60’s because they were so highly regarded for their skills and they trained other combat groups in what they knew. I hasten to add that I have no idea of the true physical and psychological challenges of being a professional soldier. My preparation is only out of respect in representing their courage and their bravery. I trained with a former Navy SEAL and two former British Royal Marines simply because the physical discipline of having to be in that kind of shape was useful. It makes you feel different because you start to understand the demands and the challenges that these kinds of soldiers face every day.

Q: What’s really interesting about your career is that you’re a part of these big blockbusters but then you’re doing stuff like “High-Rise.” Is there a balance that you have to find? Is there a certain side that appeals to you more?

Hiddleston: It’s interesting. There’s a greater difference for the audience than for the actors. When a new project comes along, I listen quite carefully to my first instinct. I want to know that the experience is going to be challenging and exciting. I want to know that part of me will be drawn to doing something new, and also (there’s) the satisfaction of intellectual curiosity. I loved reading around this film even though my job is to turn up, pick the tallest tree and imagine that I’m staring into the face of Kong. But I re-read Michael Herr’s “Dispatches,” a seminal work on the Vietnam War, and I read this book “The Tracker” by Tom Brown Jr., about a man who grew up in the pine barrens of New Jersey and learned how to track animals from his best friend’s father who was a Native American tracker.

I loved the physical training. I loved choreographing the action sequences, as well as thinking about the theme of the power of nature and the arrogance of man thinking that nature is in our control, when actually it’s the other way around. All of it coalesces into an experience I found really satisfying and with each project there’s always something like that in there. Everything you do is always about imagination, whether I’m pretending to look out the window of the 25th floor of a high-rise building (in “High-Rise”) or I’m in the jungle looking into the face of Kong. Neither of those things is true and the job is to imagine it and to fuel an engine of make-believe, so that when you watch the film you believe it.

Q: You’ve played a villain in Loki in the “Avengers” movies, and a hero in this movie. Which one is more challenging and personally enjoyable as an actor?

Q: Do you think Loki’s conflicted or crazy?

Hiddleston: I think there’s some fatal flaw in his makeup that will never change. Consciously, he probably wants to change but I think he knows he can’t. I don’t know what that’s about, but if you’re a human being, I would prescribe a course of therapy, but he’s a Norse god. He represents something mercurial, fickle and changeable. The whole point of Loki is that you must never trust him, because he’s always going to change his mind, because there’s something in him, the god of mischief (who) is delighted by chaos. Most humans are terrified of chaos.