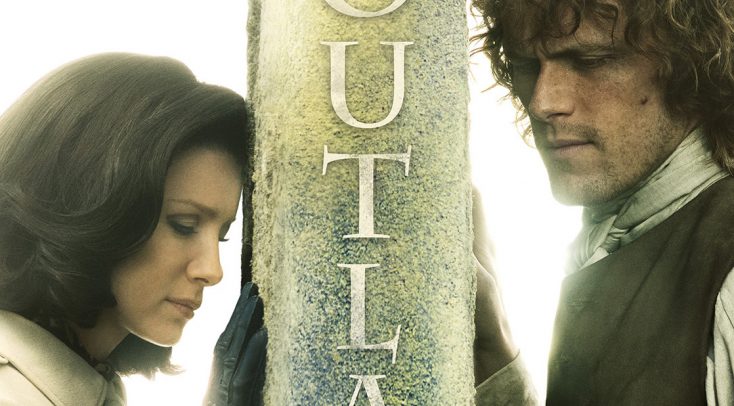 HOLLYWOOD—The wait is over for the devoted, patient fans of “Outlander,” the popular time-travel drama, based on Diana Gabaldon’s successful novels. The third season returns to Starz on Sunday Sept. 10 at 9 p.m.

The first season was set in 1945 when married British World War II nurse Claire Randall (Caitriona Balfe), traveled back in time to 1743, where she met the love of her life, Scottish Highlander rebel Jamie Fraser (Sam Heughan).

As Season Three begins, a pregnant Claire travels back to 1948, where she struggles to reestablish her marriage to Frank Randall (Tobias Menzies), and create a life with him again. Separated by centuries, Jamie and Claire are still haunted by their lost love. When they finally see each other again, will they be the same people who met all those years ago?

The Irish actress came to the TV Critics tour to talk about Season Three, which spans 20 years, and what she loves about the franchise.

Q: The fans have waited a long time for the third series. What took so long?

Balfe: We had a full year to film Season One before we ever aired it. So we were already filming Season Two before Season One was on the air. By the time Season Two finished airing last year we hadn’t even started filming yet. So, we’ve been hard at work for 10 months.

Q: Can you talk about playing 20 years older than you actually are?

Balfe: Yes. I’m going to say Claire’s 20 years older than I actually am. (She laughs.) We all approach this from a place of how experience and time changes you. Last year, at the end of Season Three, I had to start doing a lot of that work, and some of it was I watched certain actresses so I would watch an early film and then watch a later film. People don’t change that much, but certain things change about them, how they carry themselves. People, the older they get, a lot of the times there’s just a certain gravitas or a certain authority that they gain through the fact that they’re more comfortable with themselves. I thought for Claire, especially, someone who’s become a surgeon and getting to that place professionally, that that would add this kind of authority to her. That was one of the things that I wanted to play with, rather than, you know, crow’s feet or a mono‑brow. We thought about that, but we decided to go the other way.

Q: Do you have to be in the makeup chair longer every day?

Balfe: It depends. The 1940s was super quick, it was a little bit of blush and a little bit of Vaseline on the lips. The ‘50s definitely took a little bit longer; the ‘60s took the most time. There’s a lot of wig work, but also the heavy make-up takes a long time.

Balfe: You know, it’s so subtle – I like that idea of the sixties, it’s nice to look in the mirror and not necessarily recognize yourself. It helps you get in character. With Sam, I think he did such an amazing job this season that for me it was about watching him as an actor transform. That was really beautiful.

Q: It’s a rare commodity when you find a project that appeals to both men and women on completely different levels, and yet the same level. Is that why you were attracted to the production in the first place?

Balfe: One thing I think we’ve always said about our show is that the female character of Claire is sort of at the center, but it’s not just her. It’s the fully formed characters of Jamie and Frank, as well and Black Jack. Some shows you have this central male character and then surrounding him are more two‑dimensional versions of women. We’ve made all of our characters fully formed, and they all have great depth. So, what you get is a great balanced look at relationships. I think that that’s why so many people relate to it and like to connect to it, because it’s giving you a realized version of people.

Q: Did you read the books prior to taking the role?

Balfe: I’ve read every book that we’ve filmed. I’m currently halfway through Book 4 because we are about to start (shooting) Season Four so I like to have read it. It gives you an overview of where your character is going to go, but then, obviously, once we get into production, the scripts are your guidance.

Q: Did you ever have a season coming up and you read the next book and you thought, “Oh crap. I never saw this coming.”

Balfe: I think anyone who has read Diana’s books will say, “Oh, crap.  I never saw that coming,” because it’s just a sequence of twists and turns.  I think that’s the great thing about this series of books, and it’s a great thing about our show, you’re constantly being kept on your toes.  Who would have thought we would end up on ships and in Jamaica this season?  You never know what to expect. The great thing about it, being a time‑traveling fantasy, is the story can go anywhere and very frequently does. It just keeps it really interesting for all of us.

Q: After playing Claire for several years, what is your favorite part about embodying this character?

Balfe: I think the great gift of doing a series like this is that you’re given time to really get to know your character; to really explore different elements. This season in particular, being able to create this woman, over a certain period of time, was really interesting.  The loss of her love to Jamie, has shelved a certain side of herself. How does that experience wear on somebody? How does that change how they interact with people in their lives, with everything? I loved being able to play that.  And then, going forward, when she gets reunited with (Jamie), how you unravel all of that, and how do you break down the walls that somebody’s built around their heart. That was a pretty unique thing to be able to play.

Q: Fans are waiting for the reunion of Claire and Jamie. What can you say about that?

Balfe: We’ve approached it in a very interesting way. And what I love about our show is that we try and take these big moments, after you have the concept of time-travel right before it, and ground it in as much reality as possible. So what I love about the reunion is that it is kind of awkward, funny, endearing and sweet. It may not be what people expect. But I think we’ve done a really good job with that. There are echoes to the wedding episode, which I think is a nice mirror. I’m excited to see what people think.