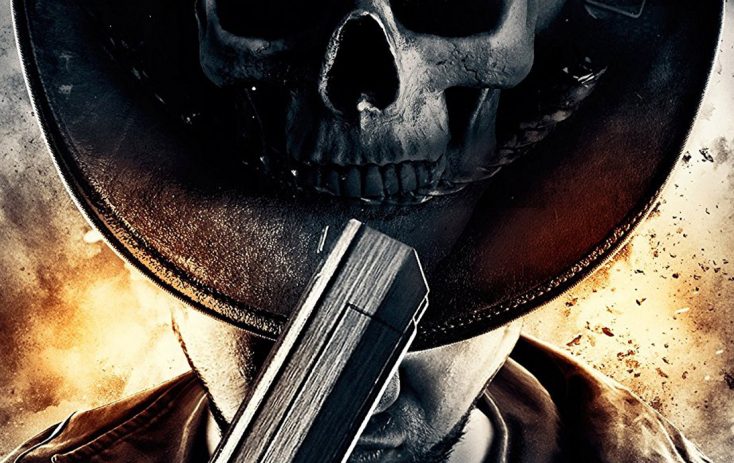 From acclaimed writer/director Jeff Nichols (“Take Shelter”), “Loving” celebrates the real-life courage and commitment of an interracial couple, Richard and Mildred Loving (Joel Edgerton and Oscar nominee Ruth Negga), who married in 1958, had children and then spent the next nine years fighting for the right to live as a family in their small Virginia town. The acclaimed drama is available on Tuesday Feb. 7 on Blu-ray and DVD from Universal Pictures Home Entertainment.

Forced to flee to Washington, D.C., the Lovings’ civil rights case, Loving v. Virginia, went all the way to the Supreme Court, which in 1967 reaffirmed the very foundation of the right to marry, and their love story has become an inspiration to couples ever since. The film also stars Marton Csokas (“The Bourne Supremacy”), Nick Kroll (“Sing”) and Academy Award nominee Michael Shannon (“Nocturnal Animals”).

The Blu-ray and DVD contain several bonus features including a making of featurette, a discussion with the filmmakers on assembling the cast, a look back at the historic court case and its impact on American history, cast and filmmakers discuss shooting on location in Virginia and a commentary with writer/director Nichols.

The mystery thriller “Burn Country” makes its debut Tuesday Feb. 7, on DVD, from Sony Pictures Home Entertainment and Samuel Goldwyn Films. Dominic Rains (“Captain America: The Winter Soldier”) delivers a breakthrough lead performance in this suspenseful tale of an Afghan war journalist who moves to a small town in Northern California, where he is drawn into a dangerous underworld of violence and crime.
Co-starring Academy Award nominee James Franco (“127 Hours”), Academy Award winner Melissa Leo (“The Fighter”), Rachel Brosnahan (“The Finest Hours”) and Thomas Jay Ryan (“Eternal Sunshine of the Spotless Mind”), “Burn Country” was directed by Ian Olds (“Fixer: The Taking of Ajmal Naqshbandi”) and written by Olds and Paul Felten (“Zeroville”).

Rains plays Osman, a former “fixer” for journalists in Afghanistan, who seeks tranquility in a small California town. Promised a job as a crime reporter for the local newspaper, and a home with his best friend’s mother, the town sheriff (Leo), Osman is ready to settle in. But when the job falls through, Osman finds himself restless and looking for action. His attempts to get to know the area lead him to develop friendships with an elusive actress, Sandra (Brosnahan), and a charming troublemaker named Lindsay (Franco). When a dead body turns up and Lindsay mysteriously disappears, Osman must face the possible evil lurking just beneath the surface and the depths of his new home’s darkness.

A never-before-told chapter in Olympic history comes to life in the inspirational sports drama “Spirit of the Game,” debuting Tuesday Feb. 7 on DVD and Digital, from Sony Pictures Home Entertainment. Starring Aaron Jakubenko (“The Shannara Chronicles”), Kevin Sorbo (“Hercules: The Legendary Journeys”) and Wade Briggs (“Please Like Me”), this inspiring tale is set in 1956 where 20-year-old Delyle Condie is on top of the world. An MVP of his college basketball team (University of Utah) and engaged to Emily, his high school sweetheart, life is looking pretty good. That is, until the second round of the NCAA tournament. Midway through the most important game of his life, Emily unexpectedly breaks off her engagement to Delyle.

Heartbroken, he makes the spontaneous decision to quit basketball and embark on a mission for his church. His destination: Melbourne, Australia, a city gripped with Olympic fever. Delyle’s first encounters with the Aussies are not encouraging. He struggles to maintain his spirits when faced with the indifference of the locals, but when an opportunity arises to help train Australia’s first Olympic basketball team, Delyle sees his chance to connect with them.

His passion leads to the formation of the Mormon Yankees basketball team, and in the run up to the Games, fierce competition with the French leads to a bloody rematch, through which Delyle and his Yankees are able to prove their faith—and their mettle—to the world. The DVD and digital release of the film comes with a behind-the-scenes look at the making of the movie.

Paul Rudd (“Ant Man”) and Patton Oswalt (“The King of Queens”) lead an all-star voice cast in this tale of two showbiz nobodies determined to become famous at any cost. Aspiring actor John (Rudd) and wannabe screenwriter Elliot (Oswalt) are slacker best friends who have seen their dreams of super-stardom fizzle.  With their 30th birthdays looming and desperation growing, they decide that in this 24/7, celebrity-obsessed world of over-shared navel-gazing, there are more ways to get famous than ever before, so why not become famous by the end of the day, at any cost? With only the grudging support of a wacky collectible store owner (Hannibal Buress, “The Angry Birds Movie”) and their one-sided love for a pair of equally fame-hungry women (Riki Lindhome and Kate Micucci) to keep them going, the duo troll Los Angeles on an attention-grabbing journey of reckless publicity stunts and failed heroics. While navigating their hyper-stimulating landscape of consumerism gone wild, our disheartened duo inadvertently become key witnesses in a high profile crime that sets the news cycle on fire, making them household names but only if they can survive the infamy and worldwide shame.

The crime drama “Dead West” is available Tuesday Feb. 7 on DVD, from RLJ Entertainment.  A charismatic outlaw (Brian Sutherland, “Fat Kids Rule the World”) sets out on a murderous cross-country trip searching for true love. Each time he thinks he has found “the one,” he ends up disappointed, and she ends up dead. Managing to elude capture by traveling from one town to the next, his luck runs out when Tony (Jeffrey Arrington, “Vicious”), the brother of one of his victims, tracks him down. Suddenly the hunter becomes the hunted as Tony seeks vengeance by enforcing his own brand of vigilante justice.

Written and directed by Jeff Ferrell (“Ghostlight”), the film features Meagan Karimi-Naser (“Job Hunters”), Aurelio Voltaire (“ABCs of Death 2”) and Michael Joseph Draper (“Grimm”).  It is available for an SRP of $27.97.

Special features on the DVD include an audio commentary with Ferrell, Sutherland and composer Semih Tareen and a making-of featurette. The DVD is available for an SRP of $27.97.

Can’t wait for the new Power Rangers movie? Don’t worry—Front Row Features has got you covered. We’re giving away a DVD copy of “Power Rangers Dino Charge: The Complete Season” to one lucky reader so they can watch Nickelodeon’s hit TV series over and over again with their kids until “Power Rangers” hits theaters in March. To enter, simply email socalmovieeditor@aol.com by Tuesday Feb. 14 for your chance to win.

Get ready to enjoy more family-friendly, slapstick comedy with your kids, as “Shaun the Sheep: Seasons 3 and 4” is coming to DVD. Front Row Features is giving away a copy of the 4-disc release to one lucky reader, which includes more than 6 hours of farm-tastic misadventures featuring everyone’s favorite little sheep. To enter, simply emailsocalmovieeditor@aol.com by Tuesday Feb. 14 for your chance to win.

Calling all Ewan McGregor fans! Front Row Features is giving away a Blu-ray copy of the actor’s directorial debut, “American Pastoral,” to one lucky reader. Simply email socalmovieeditor@aol.com by Tuesday Feb. 14 for your chance to win. Good luck!