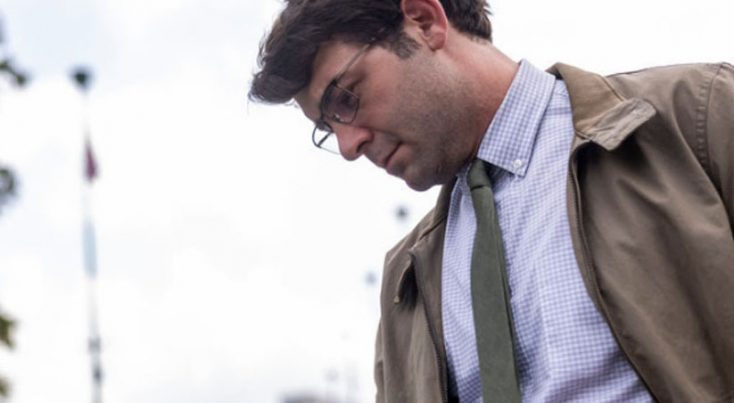 HOLLYWOOD—NBC’s new drama “Ordinary Joe” spotlights the ‘what if’ scenario of college graduate Joe Kimbreau. Faced with three career choices—a rock singer, a nurse or a police officer—each episode moves back and forth among the three storylines, revealing how a single decision can change a person’s life forever.

Wolk spoke with members of the TV Critics Association about the challenges of playing the same character, living three separate lives.

Q: When you did “Lone Star,” you were playing two sides of the same guy. Is this comparable?

James Wolk: It’s definitely a fair comparison. I would say the major difference is that when I played Robert Allen in “Lone Star,” it was the same world, keeping track of the same relationships. He was just a con man who went between the two.

In “Ordinary Joe,” the amazing thing about this show for all of our characters is that, up until they’re about 21, it’s one linear path of their life. Then, at 21, the choice that Joe makes takes him, for the next 10 years, in drastically different directions, and those given circumstances are what shape who he becomes in each of those worlds.

Q: I was surprised to see you sing, and I looked it up and saw that you attended the University of Michigan which has an impossible‑to‑get‑into musical theater program.

Wolk: I went to the theater department, which is just kitty‑corner to that. We shared the same building; it’s in the school of music. But I studied straight theater, plays and drama. I didn’t study musical theater, but I have always loved singing, whether it’s in the shower, or for my kids (and) wife. But this is the first time I’ve done it professionally, and it’s been a great joy to get to do that with this show.

Q: What is a typical shooting day? Is there an opportunity to do all “Cop Joe” on one day, or all “Nurse Joe,” or is that just not a possibility in doing a show like this?

Wolk: It’s all done with consideration. I truly believe that our producers and our writers have our best interest at heart. When they’re scheduling this, due to production constraints, it’s really hard to be able to just shoot straight through all Music Joes, Cop Joes, Nurse Joes. The simple matter (is), you have an amazing location that can double as a therapy session in the Nurse Joe world, but it could also double as the lobby in the Music Joe world.  And (you have) this location for a day. Inevitably, you’re going to start having days where you’re doubling up on characters. It’s just par for the course.

When you do a show about three worlds you know you’re going to be putting on some fake beards and spending some time in a chair in hair and makeup.

Q: Is there a temptation to say which choice is better than the others, or is it supposed to be all of them would have worked?

Wolk: What’s cool about this is there is no right choice, and we make the best with what we have. Sometimes, what we think of as success is not what is actually the things that make us happy.

What is success? What is happiness? You see all these characters find success and happiness in their lives, or lack thereof, and, sometimes, it has nothing to do with what we would deem successful, which is the external things. Joe has money and cars, and everything you could want, from a materialistic standpoint, but at certain (points) he feels robbed emotionally.

Wolk: Something that’s really interesting about this show, and something that I’ve noticed more as we’ve gone into the series, is that we do have the opportunity to have a little bit of a medical show, a cop show and a show that has a lot of music in it.

Elizabeth (Lail) and I were shooting a scene in the cop world the other night. (When) we finished the scene, we were both like, “Oh, this is a cop show. That was edgy.” And so, I think there will be moments for suspense and to have some of that quality to the show, absolutely, just because of the scope that the show holds.

Q: Do you look at all the lives he has as the same?

Wolk: These are all real worlds in our show. None of them are a fantasy or he’s dreaming the other two, Walter Mitty-style. Garrett and Russel, created a show where I don’t think there is a right way that Joe should have gone.  In fact, I know there isn’t. There’s just life that happened.  It’s playing with the idea that he married one woman in one life, he married another in another life; he didn’t get married in the third life. And none of those lives are better than the other; they’re just the way that life played out for him. You’re seeing heartbreak, you’re seeing happiness, you’re seeing challenges; you’re seeing success in all of their lives.

Q: Is there one of the three Joes that you enjoy or find more rewarding to play? Please don’t say you love all three equally.

Wolk: You got it. Okay. I’ll run through the list. There’s a chicken ziti night that happens at Cop Joe’s house in Queens, and the whole family is there. They’re eating (and) drinking wine, which is really grape juice. Usually, most of the cast in one of these worlds is there. Those scenes are so fun to film because you literally feel like you’re at Friday night ziti dinner at the Kimbreaus.

Nurse Joe has a son that he’s actively interacting with in the show and, having become a father in the last few years, I love being able to have art reflect life, and put a lot of that into that relationship.