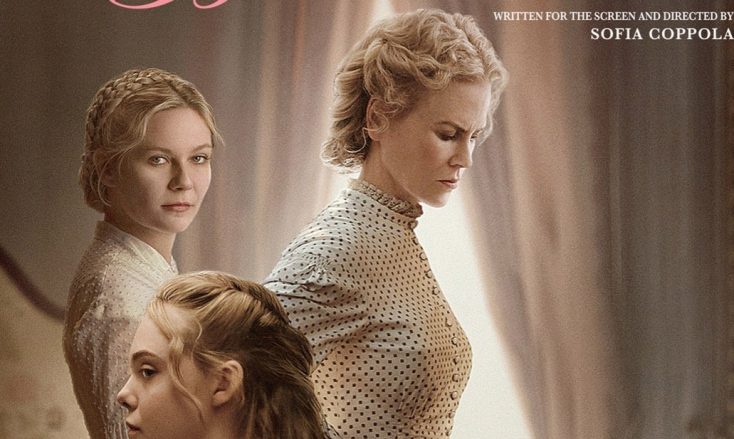 Fasten your seat belts as the action-packed thrill ride “Baby Driver,” which has raked in more than $100 million at the box office, arrives on 4K Ultra HD/Blu-ray Combo Pack, Blu-ray & DVD Tuesday Oct. 10 from Sony Pictures Home Entertainment. It also is now available on digital formats.

Written and directed by Edgar Wright (“Shaun of the Dead”), this fast-paced and furiously stylish heist movie stars Ansel Elgort (“The Fault in Our Stars”) as a young getaway driver who steers to the beat of his own playlist. With an all-star cast that includes Kevin Spacey (TV’s “House of Cards”), Lily James (“Pride and Prejudice and Zombies”), Jon Bernthal (“The Walking Dead”), Eiza Gonzalez (“From Dusk Till Dawn: The Series”), with Jon Hamm (“Mad Men”) and Oscar winner Jamie Foxx (“Ray”), “Baby Driver” is loaded with more than two hours of tricked-out bonus features, including deleted and extended scenes.

In the home entertainment edition, viewers can go behind the wheel of this summer’s biggest surprise box office hit with extensive bonus materials exploring its unique driving and music-infused production, including making-of featurettes on stunt driving with the cast, music, choreography, and orchestrating some of the best car chases in cinematic history.  Additional bonus materials include animatics, cast auditions and rehearsals and a director’s commentary.

Winner of two Academy Awards and three Golden Globes, including Best Motion Picture-Musical or Comedy, “Dreamgirls,” the unforgettable film adaptation of the Tony-winning Broadway musical arrives in a combo gift set Tuesday Oct. 10. The film was a triumphant success with audiences and critics alike when it arrived in theaters in 2006. Starring Jennifer Hudson, Beyonce Knowles, Jamie Foxx and Eddie Murphy, the film follows a trio of singers in the 1960s, the Dreamettes,” who realize that the cost of fame may be higher than they anticipated.

“The Beguiled” unfolds during the Civil War at a Southern girls’ boarding school. Its sheltered young women take in an injured Yankee soldier. As they provide refuge and tend to his wounds, the house is taken over with sexual tension and dangerous rivalries, and taboos are broken in an unexpected turn of events.

Featuring never-before-seen content, “The Beguiled” on Blu-ray, DVD and Digital comes packed with exclusive featurettes taking viewers behind the scenes of the alluring and intense drama and discover how costumes, hair, and many other elements came together to create an immersive experience not only for the audience but also for the actors.

“The House” arrives Tuesday Oct. 10 onto Blu-ray Combo Pack, DVD and Digital HD. The comedy stars Will Ferrell and Amy Poehler in their first big-screen pairing.

When Scott and Kate Johansen’s daughter gets into the college of her dreams it’s cause for celebration. That is, until Scott and Kate (Ferrell and Poehler) learn that the scholarship they were counting on didn’t come through, and they’re now on the hook for tuition they can’t begin to afford.

With the help of their friend and neighbor Frank (Mantzoukas)—also in need of a major payday—they decide to open an illegal casino in his suburban house, risking everything together on a Vegas-style bacchanal where money flows, inhibitions are checked at the door, and all bets are off. Andrew Jay Cohen makes his feature film directorial debut with “The House.” The script was written by Brendan O’Brien and Cohen, whose previous collaborations include the hit comedy “Neighbors.”

The “Fallen” DVD includes extensive bonus materials, including “The Making of Fallen,” featuring interviews with the author, the filmmaker and stars Timlin and Irvine; “Missing Footage from ‘Fallen’,” which includes deleted and alternate scenes; “Lauren Kate: The Author’s Blessing,” in which the creator of “Fallen” shares her personal experience of seeing her novel come to life on screen; and, finally, “Meet The Fallen,” featuring the film’s cast on set as we learn about their on-screen chemistry and what it took to bring their characters to life.

The intense oceanic thriller “Open Water 3: Cage Dive” surfaces on Blu-ray (plus Digital HD) and DVD Tuesday Oct. 10 from Lionsgate. The film is also available on Digital HD and On Demand.

This nail-biting third chapter in the popular “Open Water” series submerges fright fans in the taut tale of three American friends who travel to the rugged Australian coast to film themselves cage diving with great whites, but a massive wave destroys their boat and leaves them stranded in shark-infested waters.

Shot on location in Australia, “Open Water 3: Cage Dive” was written and directed by Gerald Rascionato and features a cast of up-and-comers, including Joel Hogan, Josh Potthoff and Megan Peta Hill. The Blu-ray and DVD will available for the suggested retail price (SRP) of $21.99 and $19.98, respectively.

Available Tuesday Oct. 10 on Digital HD and On Demand is the horror film “Sleepwalker.” Troubled by bouts of sleepwalking and disturbing nightmares, graduate student Sarah Foster (Ahna O’Reilly, “The Help”) goes to her university’s sleep research center for help. When she wakes up after her first night of being monitored, the world she lives in seems to have changed in subtle, Twilight-Zone-esque ways. Subsequently, every time she goes to sleep, she wakes up in a slightly different version of her world. With the help of sleep researcher Scott White (Richard Armitage, “The Hobbit” trilogy), she tries to work her way back to the reality she started in. But when they finally succeed, it’s revealed that Sarah’s world is not what she thought at all. The film also stars Haley Joel Osment (“The Sixth Sense”) and Kevin Zegers (“Notorious”).

“Pilgrimage” will be available on DVD and on DVD/Blu-ray Combo Tuesday Oct. 10.  Written by Jamie Hannigan (“Two Point Five Billion”) and directed by Brendan Muldowney (“Love Eternal”),  the film stars Tom Holland (“Spider-Man: Homecoming”), Jon Bernthal (“The Punisher”) and Richard Armitage (The Hobbit trilogy). The action film is an RLJ Entertainment release. The DVD is available for an SRP of $29.96 and on DVD/Blu-ray Combo for an SRP of $34.97.

Leaving his Irish monastery for the first time, a young novice (Holland) departs with a devoted group of monks and a mysterious former Crusader (Bernthal) as they attempt to transport a holy relic to Rome. Threatened at every turn by savage tribes, traitorous Norman soldiers and those that seek the power they believe the relic holds, the young man finds surprising courage while faced with deadly challenges that will push his body, mind and spirit to the breaking point. The  DVD and DVD/Blu-ray Combo have bonus features that include five behind-the-scenes featurettes, interviews with the cast and crew, a photo gallery and a poster gallery.

“Murdoch Mysteries: Once Upon a Murdoch Christmas” makes its DVD/Blu-ray debut Tuesday Oct. 10, from Acorn TV, an RLJ Entertainment brand. Set in Toronto in the late 1890s and early 1900s during the age of invention, “Murdoch Mysteries” (a.k.a. “The Artful Detective”) centers on Detective William Murdoch (Yannick Bisson), a methodical and dashing detective, who enlists radical new forensic techniques to solve some of the city’s most gruesome murders. This DVD/Blu-ray features a feature-length episode and bonus behind-the-scenes featurettes (SRP $24.99, Amazon.com). “Murdoch Mysteries: Once Upon a Murdoch Christmas” made its U.S. debut in July on Acorn TV.

Days before Christmas in Edwardian-era Toronto, Detective William Murdoch (Bisson) is called to investigate a daring train robbery. When witnesses insist the culprit exhibited superhuman abilities, Constable Crabtree (Jonny Harris, “Still Standing”) realizes the robber bears a striking resemblance to the title character of his new graphic novel, Jumping Jack. As more robberies targeting gifts from Eaton’s luxury department occur around Toronto, Murdoch and his team are forced to consider the possibility that Crabtree’s character has come to life.

As Station House No. 4 contends with the real-life Jumping Jack, Inspector Brackenreid (Thomas Craig, “Coronation Street”) orders the formation of a police choir, and Dr. Julia Ogden (Helene Joy, “Durham County”) tries to help two orphans who mistake her for a fairytale heroine. Murdoch and his team race against time to stop Jumping Jack from stealing Christmas.

Get set for more hysterical hijinks, outrageous challenges and outlandish pranks as truTV gears up to release season five of “Impractical Jokers,” the network’s longest running, smash-hit, original series, on DVD. “Impractical Jokers: The Complete Fifth Season” will be available on Tuesday Oct. 10, and will offer consumers 26 hilarious episodes, plus nearly two-hours of bonus extras, including deleted scenes, the “British Invasion Special” and the “Inside Jokes Special,” which is only available on DVD. Join lifelong friends Q, Sal, Joe and Murr, as the four comedians compete in a brand-new series of over-the-top challenges recorded by hidden cameras that are guaranteed to bring side-splitting laughter to all “Impractical Jokers” fans. Season Five is available for an SRP of $24.98.

In Season Five, the guys visit the world-famous Madame Tussauds Wax Museum in New York, play an epic game of catch-and-release at the supermarket and go on a helicopter ride from hell. The four jokers also pose as receptionists, cashiers, restaurant hosts, pet store employees and wreak havoc at a pawn shop.  The season ends with a two-hour event in which the guys team with Nitro Circus and face obstacle courses, high-flying jumps and more.

Warner Bros. Home Entertainment is releasing some of “Peanuts’” most beloved seasonal television specials on 4K Ultra HD for the first time ever, with “Peanuts Holiday Collection,” available Tuesday Oct. 10. “Peanuts: fans can now enjoy their favorite animated holiday classics in 4K Ultra HD resolution with High Dynamic Range (HDR), for the ultimate home entertainment viewing experience. This compilation is comprised of nine “Peanuts” TV specials, including classics “It’s the Great Pumpkin, Charlie Brown”; “A Charlie Brown Thanksgiving” and “A Charlie Brown Christmas,” which will be offered together in a 4K Ultra HD Blu-ray Combo Pack. The Combo-Pack includes a 4K Ultra HD Blu-ray disc with the episodes in 4K with HDR, a Blu-ray disc and digital version of all nine specials. “Peanuts Holiday Collection” 4K UHD will retail for $44.98 SRP.

Peanuts fans will also have the opportunity to purchase each of the three classic Peanuts holiday specials separately. Each will be sold in a 4K Ultra HD, Blu-ray and Digital combo pack. Also now available from WBHE is “It’s the Great Pumpkin, Charlie Brown” 4K UHD, which will retail for $29.98 SRP. This release will feature two bonus specials, including “It’s Magic, Charlie Brown” and “Charlie Brown’s All-Stars.”

On Tuesday Oct. 24, WBHE will offer “A Charlie Brown Thanksgiving 4K UHD,” which will retail for $29.98 SRP. Bonus specials featured on this release include “The Mayflower Voyagers” and “Play It Again, Charlie Brown.”

Available for the first time in one set, all three uncensored seasons of the irreverent parody series plus the 2010 feature film “The Drawn Together Movie: The Movie!” will be available in “Drawn Together: The Complete Collection” Tuesday Oct. 10.

Television’s first animated reality show, “Drawn Together” combines eight cartoon archetypes, including a party-hearty superhero, a naive princess prone to singing, and a sexually ambiguous anime hero, in a house where cameras are on them all the time. As with most other reality shows, conflict ensues. The seven-disc DVD set also includes loads of bonus features such as deleted scenes, audio commentary, karaoke sing-a-longs, interviews and more.