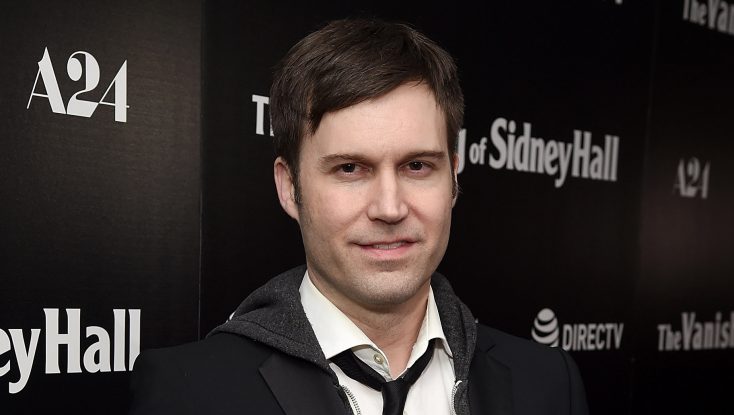 HOLLYWOOD—With a quiet, unassuming manner and lean bookish appearance, Shawn Christensen could pass for just another aspiring writer or musician here in the City of Angels. But the thirtysomething New York native already is an Academy Award-winning filmmaker (2012’s live action short film “Curfew”) and film festival darling. His 2014 feature directorial debut “Before I Disappear” won the Audience Award at its SXSW premiere.

Christensen hasn’t let critical adulation go to his head but he is pleased that his string of successes has allowed him to bring other character-driven dream projects to fruition. His latest is “The Vanishing of Sidney Hall,” a drama about a young novelist whose overnight success leads him down a dark path of self-destruction and regret. The film stars Logan Lerman, best known for his leading roles in the “Percy Jackson” fantasy adventure films and the critically acclaimed indie “The Perks of Being a Wallflower.” The supporting cast is nothing to sneeze at either. Elle Fanning (“Maleficent”) plays Sidney Hall’s adoring neighbor, who later becomes his girlfriend and then his fed-up wife. Michelle Monaghan, who stars alongside Tom Cruise in the upcoming “Mission: Impossible—Fallout,” plays his embittered and abusive mother. Nathan Lane plays his pushy literary agent. And Kyle Chandler plays a man intent on finding the missing author.

Christensen began writing the screenplay more than a decade ago while he was still touring with his band Stellastarr. Over the years, he revised and refined it together with co-writer Jason Nolan, who also collaborated with him on the psychological thriller “Enter Nowhere.” Christensen’s solo writing credits include the suspense thriller “Abduction” starring Taylor Lautner and a science-fiction drama called “The Karma Collection.”

Sitting in a publicist’s conference room, the filmmaker spoke about filming “The Vanishing of Sidney Hall” a year and a half ago on location in New York and the wide-open spaces of New Mexico.

Christensen: Longer than that. I think it was 2006. We were 24 or 25 and slumming it in Queens and we wrote this screenplay. It was really the first one we showed people.

Q: What was your inspiration?

Christensen: I’d written down this pseudo-poem thing where I’d sat down with my 18-year-old self and we immediately hated each other and did not get along. I started realizing how much I’d changed since I was 18, and how those key years right after college are where we do a lot of growing, and then what would it be like in six more years. Jason (Dolan) was interested too and we were just thinking about those things. We started writing a script based on that, jumping back and forth to see how different a person can become during those key years. When you’re 70, you’re probably going to be the same person as when you’re 76, but if you’re an 18-year-old and then a 24-year-old, you can be 180-degrees different.

Q: Did you write it linear way and then go back and break it up and bounce back and forth between the various periods of Sidney’s life?

Christensen: We laid the characters in for the plot so what we were first doing was bouncing the characters off of each other and building them out and going from one era to the next, and then we had to break it up. That’s where Jason came in and treated each segment as a kind of a short film, like a half-hour movie, and then put it back together. So, it was a little bit of both. When you’re writing non-linear to begin with, the advantage you have is you can mirror something that’s going on (with Sidney Hall) at 18 and 24, and juxtapose that. After a while, it’s hard to see the 18-year-old segment by itself. So, that’s when we pulled it out and separated them and put them back in.

Q: Sidney Hall writes a novel that has deep meaning to many of his readers. Was there a particular book or series of books that inspired you personally?

Christensen: When I was growing up, mostly I was reading science-fiction. My dad was a big science-fiction fan so I was reading (Robert) Heinlein, (Ray) Bradbury, Isaac Asimov and people like that, as well as comic books. I got into (William) Gibson and other writers as I got older and then I got into movies and I got into all kinds of things. I was mostly inspired by musicians after I got into my teen years—people like (David) Bowie, Bob Dylan and the Pixies. My influences were all over the map.

Q: What was it about Logan Lerman that made him the right actor to play your title character?

Christensen: A few things. One of them being this self-deprecating neurosis that he was really understanding particularly in the character in the 24-year-old segment, which is close to his actual age. He got the “humor” in that but also that it becomes non-humorous after a while, when it becomes self-indulgent and (Sidney) begins to lose sight of the people around him. He just really understood all that. The 30-year-old version, which I was really impressed what he was doing there. There’s a levity that Logan understood needed to happen. It’s a very subtle thing, but there’s a scene where he’s getting arrested and just the things that he did shined and got it. He played those three ages without issue. I believed him in all three of the ages.

Q: Was it your ambition all along to be a filmmaker?

Christensen: I always wanted to be an actor but I’ve got a good face for radio. I started writing “Sidney Hall” from an actor’s standpoint. That’s why the cast is so beautiful and such a great cast because they have nice roles they can delve into. I wanted to be an actor so I live vicariously through them on set. I try each industry every five years and then move into another one.

“The Vanishing of Sidney Hall” opens in theaters Friday March 2. It also is available on DirecTV.