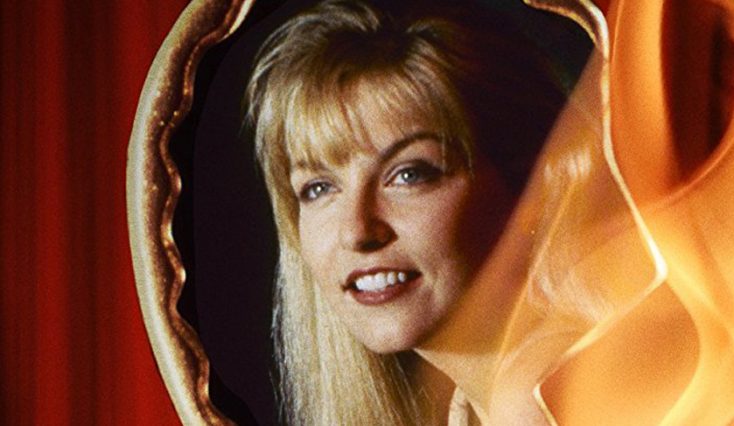 A scene from TWIN PEAKS: FIRE WALK WITH ME. ©Criteon Collection.

The new “Director Approved” Criterion Collection edition of 1992’s “Twin Peaks: Fire Walk With Me,” available as a single Blu-ray and a two-disc DVD, adds a whopping 90 minutes of expanded and deleted scenes plus other extras to the restored 4K digital transfer of the movie. What’s even more shocking, frustrating and incomprehensible than the film itself is why so many original “Twin Peaks” TV series cast members ended up on the cutting room floor, completely excised from the 135-minute theatrical release.

Characters featured only in unused scenes that appear here include juvenile delinquent drug dealer Bobby Briggs’ parents, Laura Palmer BFF Donna Hayward’s parents, Sheriff Harry Truman, deputies Andy and Hawk, scatterbrained receptionist Lucy, “gas farm” owner Big Ed and his wife Nadine, sawmill owner Josie Packard, and Laura’s-corpse-discoverer Pete Martell. Deleted scenes also include more David Bowie appearances as mysterious FBI agent Phillip Jeffries, whose single brief bit that did make it into the finished film was so truncated it did not even feature a single close-up of the actor/musician. (At last, we get a good look at his otherworldly eyes.)

Although making sense probably never was a priority for this prequel, which intersperses the final week of incest-victim Laura Palmer’s tortured life with surreally Lynchian backwards-talk weirdness and an FBI investigation of another murder, what takes place in many of the discarded scenes should have been regarded as essential to the storyline. Angel-referencing dialog dispensed by Dr. Hayward (Warren Frost) to Laura (Sheryl Lee) foreshadows the vision Laura has during the film’s finale. A comic scene in which Laura’s father Leland Palmer (Ray Wise) tries to teach Laura and her mother (Grace Zabriskie) how to introduce themselves to visiting Norwegian businessmen offers a refreshing example of Leland acting appealingly undemonic during a rare “unpossessed” moment. And scenes that jump forward in time to take place after the chilling “How’s Annie?” finale of the original series offer a fascinating bridge between that signoff and the “Twin Peaks: The Return” revival that appeared on Showtime this year.

The deleted and expanded scenes have been assembled by Lynch into a continuous feature titled “The Missing Pieces,” a feat similar to how more than an hour’s worth of “Spinal Tap” deleted scenes were combined to form the equivalent of almost an entire second film on that movie’s home-video edition.

Other extras here include new interviews with Sheryl Lee and composer Angelo Badalamenti, as well as 2014 interviews with Lee, Wise, and Zabriskie. A 48-page booklet includes an interview with Lynch from the 2005 edition of filmmaker and writer Chris Rodley’s book “Lynch on Lynch.”