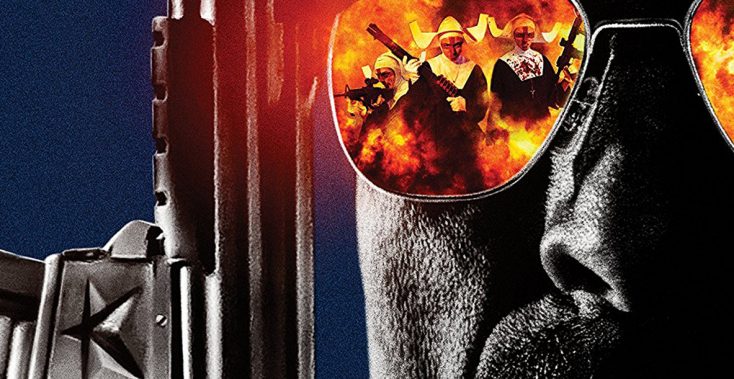 Oscar winners Brad Pitt (producer, “12 Years a Slave”) and Marion Cotillard (“La Vie En Rose”) star as Max Vatan and Marianne Beausejour, two of the world’s deadliest spies, who fall in love while undercover on a top-secret mission on behalf of the Allies. But when Max learns his wife may be secretly conspiring with the enemy, he has only 72 hours to prove her innocence and save his family before he must do the unthinkable.  “Allied” features supporting cast members Lizzy Caplan (“Masters of Sex”), Jared Harris (“The Crown”), August Diehl (“Inglourious Basterds”) and Matthew Goode (“Downton Abbey”).

The “Allied” 4K Ultra HD and Blu-ray Combo Packs is packed with more than an hour of behind-the-scenes special features, including in-depth looks at the film’s production design, costumes, cast, visual effects, vehicles, music and more.

Adapted from the 2010 graphic novel by Joe Casey and Chris Burnham, “Officer Downe,” is available Tuesday Feb. 28 on Blu-ray, DVD and Digital HD. The sci-fi crime drama concocts a hyper-real Los Angeles for the story of a savage Los Angeles policeman who is repeatedly resurrected and returned to active duty via dark science technology. When a rookie officer named Gable (Tyler Ross, “V/H/S/2”) is recruited as back up, he discovers there’s much more to the titular super-cop (Kim Coates, “Sons of Anarchy”) than a mindless law enforcement drone warring against a twisted rouges gallery of over-the-top super-villains. Special features include a behind-the-scenes featurette, an interview with Coates and the theatrical trailer. M. Shawn Crahan directed the feature which was written by the graphic novel’s Casey, who also produced the film along with Mark Neveldine, Skip Williamson and Cole Payne.

“A Place to Call Home,” Season 4 makes its DVD debut Tuesday Feb. 28, from Acorn, an RLJ Entertainment. Against the backdrop of post-World War II Australia, the acclaimed TV series stars Marta Dusseldorp (“Janet King”) as Sarah Nordmann, a nurse who becomes involved in the affairs of the wealthy Bligh family. As the smash hit drama returns, Sarah (Dusseldorp) and the wealthy Bligh family face new challenges amid sweeping social change in 1950s Australia. Villainous Regina (Jenni Baird, “The 4400”) has finally ensnared Bligh patriarch and political aspirant George (Brett Climo, “Snowy River: The McGregor Saga”) in marriage, but she continues to plot against Sarah, exploiting the rising fear of Communism to target her rival. As Sarah teams up with formidable dowager Elizabeth (Noni Hazlehurst, “Little Fish”) to expose Regina, James (David Berry, “Outlander”) and his estranged wife, Olivia (Arianwen Parkes-Lockwood, “Underbelly”), forge a fragile peace, and Anna (Abby Earl, “The Great Mint Swindle”) strives to advance her literary career. The three-disc DVD set features 12 episodes ($59.99, which is available at AcornOnline.com). Season 4 made its U.S. premiere in November on Acorn TV, the premier streaming service for world class television from Britain and beyond. The series has been commissioned for a fifth season.

For oenophiles (wine enthusiasts), “decanted.,” pours forth Tuesday Feb. 21 on iTunes, Amazon and Google Play. The feature length documentary from director Nicholas Kovacic (“Brewmore Baltimore”) tracks the trials and tribulations of winemaking in California’s world famous Napa Valley.  Discover what it takes to create a new winery from the ground up. From the initial growth of the grapes all the way to the fermentation process, there are infinite ways to create wine. “decanted.” encapsulates what it means to be in the Northern California region, and displays the perks and challenges that emanate from the profession.

If you’re feeling nostalgic for one of television’s classic family comedies, the Tanners are back and bringing laughs and good times to all “Full House” fans with the release of “Fuller House: The Complete First Season,” available on DVD Tuesday Feb. 28, from Warner Bros. Home Entertainment. Twenty years have passed and the Tanner girls are all grown-up. They’ve returned to their San Francisco home, where they’re joined by family and friends as they raise the next generation of Tanners. Eldest daughter D.J. Tanner (Candace Cameron Bure) is now a veterinarian and recently widowed mother trying to raise three boys on her own.  She is joined by her sister Stephanie (Jodie Sweetin) and best friend Kimmy Gibbler (Andrea Barber) and Kimmy’s teenage daughter Ramona (Soni Bringas), who move in to lend their support and help raise D.J.’s kids.  The “Full House” original cast, including Bob Saget, Lori Loughlin, John Stamos and Dave Coulier, make guest appearances throughout the series.

The TV series, which premiered in 1987 on ABC, centered on three grown men raising three girls in San Francisco. It became an instant hit with viewers and soon became a pop culture phenomenon. Praised by fans for its wholesome comedy, lovable characters and relatable life lessons, it aired for eight seasons and later was rebroadcast in syndication. “Fuller House” premiered on Netflix in 2016 and has been renewed for a second season. Created by Jeff Franklin (“Malcolm & Eddie”), “Fuller House” is produced by Miller-Boyett Productions and Jeff Franklin Productions in association with Warner Horizon Television. Robert L. Boyett, Thomas L. Miller and Jeff Franklin are executive producers.