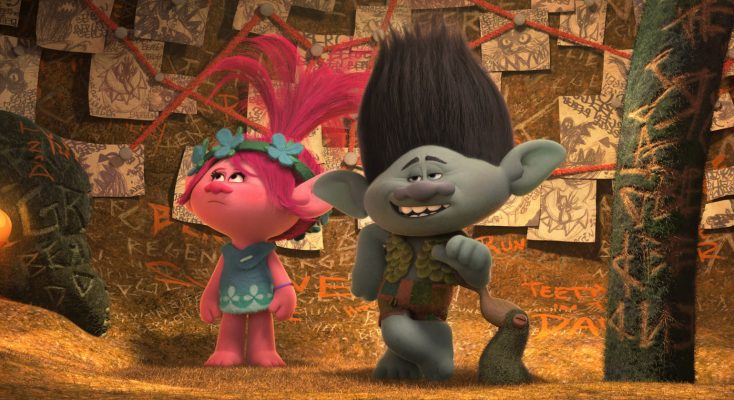 HOLLYWOOD—Multi-platinum recording artist Justin Timberlake has established himself in the past decade as a solid actor. He delivered memorable performances in the Oscar nominated “The Social Network,” and “Alpha Dog.” Additionally, he had supporting roles in the dramas “Black Snake Moan” and “Southland Tales” and co-starred with Mila Kunis in the romantic comedy “Friends with Benefits.” He even entered the action genre with “In Time,” a 2011 original sci-fi thriller written and directed by Andrew Niccol (Academy Award nominated screenwriter of “The Truman Show” and writer-director of the 1997 sci-fi thriller “Gattaca”), where he played an everyman hero, who rises from humble roots to lead a revolution in a world where time is literally money.

The 35-year-old southerner has hosted memorable episodes of TV’s Saturday Night Live,” and several of his sketches have become viral video sensations including **** in a Box, which not only has been viewed more than 30 million times on YouTube, it also earned the actor an Emmy award. (He has five altogether related to his work on the NBC sketch comedy show.)

The singer-actor also has provided the voice of young King Arthur in DreamWorks’ “Shrek the Third.” His next step in the world of voiceover animation is lending his voice to the character of a skeptical troll named Branch and serving as the executive music director on DreamWorks’ “Trolls” animated feature. It’s the first time he has taken on such a lofty responsibility on a major studio film.

During a preview at DreamWorks Studios, Timberlake, dressed in a black v-neck, brown pants a light jacket, the multitalented performer talked about his dual role on “Trolls.” Timberlake co-stars alongside Anna Kendrick, Russell Brand, Zooey Deschanel, James Corden, John Cleese and Gwen Stefani and many other top-flight celebrities lending their voices as well.

Married to actress Jessica Biel since 2012, Timberlake is the proud papa of 17-month-old son Silas.

Though internationally successful, Timberlake hails from humble beginnings in Memphis, Tenn., where his father was a choir director at a Baptist church. His parents divorced when he was five, and his mother remarried a banker. Gifted with good looks, rhythm and a strong voice, he ventured into show business as a youngster. He joined the cast of The Mickey Mouse Club when he was 12. Soon after the show ended in 1994, Timberlake asked cast mate JC Chasez if he wanted to form a band. With the addition of three other charismatic youths, they started N’Sync a year later. The rest is boy band history.

By the late 1990s, the group had become one of the most popular boy bands in the world, producing three albums and selling more than 60 million units. Handsome, curly haired Timberlake became a star in his own right, particularly after the release of his first solo album “Justified,” which earned him two Grammy awards. His 2007 FutureSex/LoveSounds produced four consecutive No. 1 singles, and earned him another two Grammys. His latest single, which is heard in “Trolls” and on the soundtrack, is the ridiculously catchy pop song “Can’t Stop the Feeling!” It is Timberlake’s fifth single to hit No. 1 on the Billboard chart and the music video already has more than 268 million views on YouTube since it’s May 6 debut.

When he’s not making music or acting in movies or on TV, Timberlake has devoted much of his time and money to helping the less fortunate and environmental causes. He’s also a die-hard Democrat and got into a bit of a scrap when he posted a selfie of himself in the voting booth (a no-no in Tennessee). He started a foundation to boost music education in 2001. He’s mad about golf and has teed off with the likes of Clint Eastwood, who directed him in the baseball drama “Trouble with the Curve.”

Q: What was your process on bringing the music to this? Did you research the songs first?

Timberlake: This is my first time of doing it on this level. I’ve never been a music producer on a film before; the executive music producer. For a musical like this, with DreamWorks, what’s made them so irreverent, to take these classic toys and mythological creatures from so long ago and really modernize them, that was our M.O. with the music as well. It fits with the humor. A seven-year-old is going to walk away and know “The Sound of Silence,” which is very cool, and a song like “True Colors.” I came onboard a little after some of the songs were sought-after and cleared. The clearance process can be mind numbing. “True Colors” already was picked out for the moment (Anna and I sing it) in the film and “The Sound of Silence” already was picked out too. So my job for those songs was to put our own spin on them, make them sound unique and to make them sound like they belonged in the scene, much like musical theater, almost. I also wrote four original songs, one of which you may or may not have heard (“Can’t Stop the Feeling”). It’s in the movie as well and was written specifically for the movie. I’d never done anything like that either. To write it specifically for the movie and to have a little bit of a hack code into the fact that some of the music sounds very ‘70s.

Timberlake: Overall, it has a ‘70s funk to it. That was definitely the inspiration for “Can’t Stop the Feeling” as well. You treat each moment, and see the animation and how big a moment is. You know you’re going to see where the Bergens (the trolls’ adversaries) live and sonically complement that. It’s been fun to work with Anna because she’s such a good singer though she doesn’t fancy herself that. I’m pretty snobby anyway. And it’s been so much fun to work with her. Most of our work together has been us sitting at the (sound) board and us talking about her singing and vocal performance because “Get Back Up Again,” it’s her singing, but she’s also acting.

Q: How long did it take to winnow down the number of songs for the film?

Timberlake: There were four different versions of “Get Back Up Again.” There were songs we cleared or tried out for different scenes and are still trying out. We’re still coming up with ideas to service those moments.

Every once in a while, you come across some irony, like Gorilla’s Clint Eastwood that literally the line is “I’m happy and feeling glad. I’ve got sunshine in a bag.” We’re using it with the Bergens, which is complete irony because there’s nothing happy about that scene.

Q: Did you have troll dolls when you were growing up?

Timberlake: No but I remember in 2nd and 3rd grade, every girl in school had one. They had the Treasure Trolls, the ones with the jewels in the belly. I remember the pencil toppers. Girls would brush their hair. They were every bit as big as other dolls that were geared towards young females.

Q: What did you do to laugh off adversities that arose during the making of the film?

Timberlake: As actors, we didn’t have to film a scene in the freezing cold. There were challenges with the music because it’s not easy to come up with a full arrangement for a song, especially one that’s so classic and popular. We’ve gone through different iterations of some of the different musical performances, cutting them down and extending them. That can become a little time-consuming but it’s still fun work. It’s still fun to try and crack the code of trying to not linger on with music, but still not cut what’s important to the characters of the story. That’s the most trivial thing to what the filmmakers had to do.

Q: Can you talk about your arrangement of Cyndi Lauper’s “True Colors” you do in this film?

Timberlake: That arrangement was done by a group of people that worked on it. I can’t take credit for all of it but I will!

I was very nervous to be honest. The whole time I was at the recording session I was like, “When is Cyndi (Lauper) going to think?” I still don’t know and it’s too late to worry about it because it’s already in the movie.