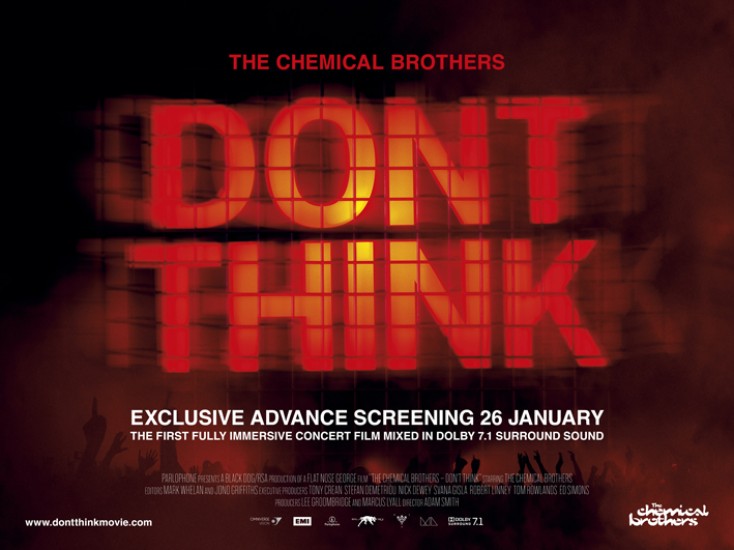 "The Chemical Brothers: Don't Think" brings their concert to the big screen. ©Astralwerks. (Click on photo for hi-res version)

By a Front Row Features Report

Directed by longtime visual collaborator Adam Smith, he helps capture the essence of the band performing in front of 50,000 fans with 20 cameras. Theatergoers will experience the band’s  modern electronic sounds and hardcore dance beats with illuminating, eye-catching visuals.

“In the recording of a single show – a single night on a Japanese mountainside – Adam Smith, our longtime collaborator, has managed to capture the atmosphere of a very special festival appearance,” said Tom Rowlands of The Chemical Brothers. “Come see how it feels to feel, be overwhelmed, intoxicated, swoonerated… Surrender to the void.”

The concert will be followed by an exclusive interview with Adam Smith recorded in London in late 2011.

For a complete list of the over 200 theater locations and ticket information of “The Chemical Brothers: Don’t Think” are available at participating theater box offices and online at www.FathomEvents.com.