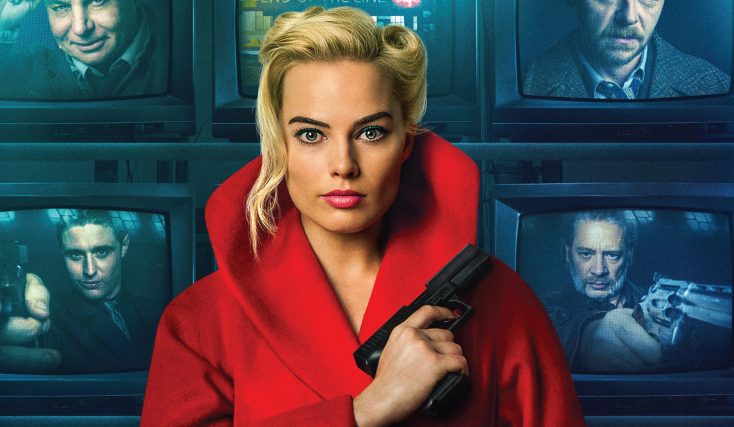 Just in time for the theatrical release of “Mission Impossible: Fallout,” the sixth installment of the popular action franchise starring Oscar winner Tom Cruise, comes all five of the preceding “Mission: Impossible” films for the first time ever on 4K Ultra HD Blu-ray and Digital. They will be released Tuesday June 26 from Paramount Home Media Distribution.

Tom Cruise is IMF Agent Ethan Hunt, one of the greatest action heroes of all time, in the adrenaline-pumping franchise (based loosely the 1960s TV series). Filmed in exotic locations around the world by some of the most popular Hollywood directors, each film offers breathtaking action, jaw-dropping stunts, and heart-pounding suspense that will thriller action fans.

“Mission Impossible” and Mission: Impossible 2” will be available separately in a two-disc UHD/Blu-ray Combo Packs with HDR, access to a digital copy and previously released bonus content, including director’s commentary, behind-the-scenes and scene-specific breakdowns.

“Mission: Impossible 3,” Mission Impossible—Ghost Protocol” and “Mission: impossible—Rogue Nation” each will be available in a three-disc UHD/Blu-ray Combo Packs with HDR, with access to a digital copy and previously released bonus material including director’s commentary and commentary by Cruise, “making of” featurettes, behind-the-scenes and more. In addition, “Mission: Impossible—Rogue Nation” includes a Dolby Atmos soundtrack remixed specifically for the home.

Looking for more Tom Cruise? The two-disc 4K UHD/Blu-ray Combo Pack (with digital copy) of the Oscar winning actor’s “Jack Reacher” also is available on Tuesday June 26. Cruise plays the titular ex-military investigator who leaps off the pages of Lee Child’s bestselling novel and onto the big screen in this explosive thriller. When an unspeakable crime is committed, all evidence points to the suspect in custody who offers up a single note in defense: “Get Jack Reacher!” The law has its limits, but Reacher doesn’t end his fight for the truth which pits him against an unexpected enemy with a skill for violence and a secret to keep. Special features on the 4K UHD include commentaries by Cruise and director Christopher McQuarrie as well as one by composer Joe Kraemer. On the Blu-ray, those commentaries are included as well as the featurettes “When the Man Comes Around,” “You Do Not Mess with Jack Reacher: Combat & Weapons” and “The Reacher Phenomenon.”

RLJE Films will release the thriller “Terminal” on DVD and Blu-ray Tuesday June 26.  A sexy, mysterious thriller with many twists and turns, “Terminal” stars Academy Award nominee Margot Robbie (“I, Tonya,” “Suicide Squad”), Simon Pegg (“Star Trek,” “Shaun of the Dead”), Mike Myers (“Austin Powers” franchise, “Saturday Night Live”), Max Irons (“Woman in Gold,” “The White Queen”) and Dexter Fletcher (“Kick Ass,” “Doom”).  “Terminal” will be available on DVD for a suggested retail price (SRP) of $29.96 and on Blu-ray for an SRP of $29.97.

In the dark heart of a sprawling, anonymous city, “Terminal” follows the twisting tales of two assassins carrying out a sinister mission, a teacher battling a fatal illness, an enigmatic janitor and a curious waitress leading a dangerous double life. Murderous consequences unravel in the dead of night as their lives all intertwine at the hands of a mysterious criminal mastermind hell-bent on revenge. Featurettes include “The Cast of ‘Terminal,’” “Building the World of ‘Terminal’” and “From Concept to Creation.”

Arriving on Blu-ray, DVD and digital Tuesday June 26 is “The Endless,” from Well Go USA Entertainment. The supernatural thriller tells the story two brothers who revisit the UFO death cult they escaped as teens, only to find there may have been truth to the cult’s otherworldly beliefs all along. Hoping to find the closure that they couldn’t as young men, they’re forced to reconsider the cult’s beliefs when confronted with unexplainable phenomena surrounding the camp. As the members prepare for the coming of a mysterious event, the brothers race to unravel the seemingly impossible truth before their lives become permanently entangled with the cult. Filmmakers Aaron Moorhead and Justin Benson also star in the film as the brothers, along with Callie Hernandez (“Alien: Covenant,” “La La Land”), Emily Montague (“Fright Night”), Lew Temple (“The Devil’s Rejects”), Tate Ellington (“Straight Outta Compton”) and James Jordan (“Wind River”).

The live-action family adventure “Turtle Tale” arrives on DVD, Digital, and On Demand Tuesday June 26 from Lionsgate. Awarded the Dove Seal of Approval, this quick-paced tale of these slow-moving creatures follows two mismatched turtles, Rafi and Hank, who joke and bicker as they search for Goliath, their gruff, snapping turtle friend, who vanishes from a Florida animal park. The humans that that care for the turtles are having their own wild and unpredictable summer. The family-friendly feature includes the voice talents of Mikey Bolts, Tom Arnold, Ambyr Childers and Lydia Hull. The “Turtle Tale” DVD includes never-before-seen featurettes and will be available for the suggested retail price (SRP) of $14.98.

Acorn TV features the DVD debut of the must-see medical dramedy “The Heart Guy, Series 2” (a.k.a. “Doctor Doctor” in Australia) on Tuesday June 26. Akin to Britain’s “Doc Martin,” this Australian series has a fish-out-of-water premise and eccentric characters. It follows a charming and genius doctor (Rodger Corser, “The Doctor Blake Mysteries,” “Glitch”) forced to return to his hometown and become a local doctor after his personal life spins out of control. The three-disc DVD set features 10 episodes ($59.99, Amazon.com). “The Heart Guy, Series 2” made its U.S. premiere in February on Acorn TV and has been renewed for a third series. Acorn TV is North America’s most popular streaming service focused on British and international television from RLJ Entertainment.

Linda (Logan), Gail (Wanamaker) and Sue (Richardson) are lifelong friends who reunite in the face of serious problems. Linda endures a tragedy after her husband goes missing on a cruise. Sue finds herself being edged out of the company she co-founded. Gail’s son (Matthew Lewis) suddenly returns home from prison. As the women look to each other for support, an unexpected chain of events exposes secrets that make them rely on each other more than ever before. Full of humor and heartbreak, “Girlfriends” also stars Adrian Rawlins (“Dickensian”) and Valerie Lilley (UK’s “Shameless”).

This week, Front Row Features is giving away a Blu-ray copy of the critically acclaimed supernatural thriller “The Endless” to five lucky readers. To enter the contest, simply email socalmovieeditor@aol.com by Monday July 2 for your chance to win. Good luck!