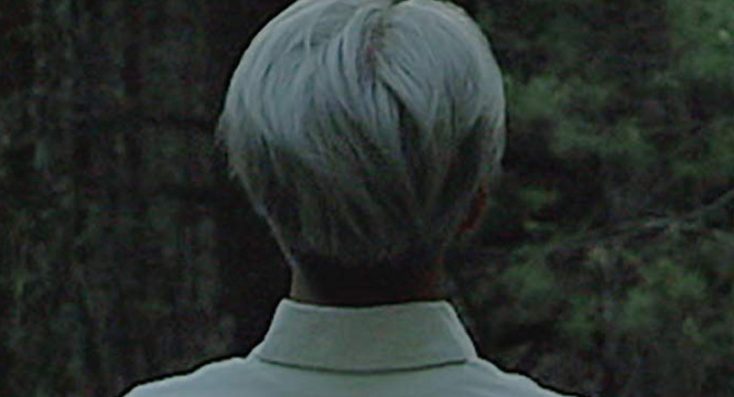 The Combo includes the black-and-white film in 4K high definition, as well as a colorized version on Blu-ray, along with three special features: “Restoring a Beloved Classic,” “Secrets from the Vault,” and “It’s A Wonderful Wrap Party.”

“It’s a Wonderful Life” on 4K Ultra HD Combo Steelbook will be available for a suggested retail price (SRP) of $49.99.

Oscar winning composer Ryuichi Sakamoto (“The Last Emperor”) is the subject of a documentary that delves into the creative process of writing music in “Ryuichi Sakamoto: Coda,” arriving on Blu-ray and DVD Tuesday Nov. 3, from MUBI.

Sakamoto, who also is a vocal anti-nuclear power activist, is shown in this 2017 film playing a benefit concert for survivors of the 2011 Fukushima earthquake and subsequent tsunami that caused the meltdown of the nuclear power reactors at the plant there. The film also shows Sakamoto touring the abandoned buildings and waterfront around the plant, outfitted in a special suit and carrying around a clicking Geiger counter. It also chronicles his battle with Stage 3 throat cancer, and his effort to create a new avant-garde opus (largely influenced by one of his music idols, Johannes Sebastian Bach) that incorporates sounds from nature, including water drops from a melting glacier he collects from the North Pole.

There are clips that span his four-decade career, including his starring role in “Merry Christmas Mr. Lawrence,” a 1983 prisoner-of-war drama co-starring David Bowie, for which he also composed the score, as well as his recollections of composing 45 musical pieces for filmmaker Bernardo Bertolucci over a weekend for “The Last Emperor.” Unfortunately, there is nothing in the documentary about Sakamoto’s personal life (he’s been married three times and has four children), nor his collaborations with fellow musician David Sylvian (frontman of the ‘80s band Japan), who wrote the lyrics for perhaps Sakamoto’s most commercial song, “Forbidden Colours.” Nevertheless, the documentary is a fascinating glimpse into the creative process of a genius composer overcoming age and a life-threatening disease to create a masterpiece.

In addition to the 2017 documentary by Stephen Nomura Schible, “Ryuichi Sakamoto: Coda” includes the subsequent 65-minute concert (also directed by Schible) that resulted from Sakamoto’s work. “Ryuichi Sakamoto: async at the Park Avenue Armory.” The intimate concert (performed in front of only a few dozen people) marked the first public unveiling of Sakamoto’s opus, “async,” hailed as one of the best albums of 2017 by “Rolling Stone” and “Pitchfork.” The sensorial work includes accompanying video imagery by Shiro Takatani and experimental filmmaker Takashi Makino.

The Crown: The Complete Third Season

The third season of the acclaimed TV series “The Crown” arrives on Blu-ray and DVD Tuesday Nov. 3, from Sony Pictures Home Entertainment.

“The Crown” traces the life of Queen Elizabeth II (the longest-reigning British monarch), from her wedding in 1947 to the early part of the 21st century. Season Three covers the time period between 1964-1977 and introduces an outstanding new ensemble cast led by Olivia Colman and Tobias Menzies.

Beginning with Harold Wilson’s election as the Queen’s first Labour prime minster and ending with the Silver Jubilee of Queen Elizabeth II, it follows pivotal moments such as the death and state funeral of Winston Churchill, the Aberfan disaster, the Apollo 11 moon landing and investiture of Prince Charles as The Prince of Wales.

Bonus materials include the featurette, “Behind the Crown: The Making of Season 3,” “Charles’ Investiture: Growing Up Royal,” “Royal Fabrics: A Look at the Costumes,” and “Majestic Comparison: A Photo Gallery.”

“The Crown: The Complete Third Season” was nominated for 13 2020 Primetime Emmys and the winner of this year’s Golden Globes for best performance by an actress in a TV series for Olivia Colman’s performance as Queen Elizabeth II.

“Miss Fisher’s Murder Mysteries Complete Collection” stars award-winning actress Essie Davis (“The Babadook”) as the Honourable Phryne Fisher, and includes all three seasons of the beloved British TV series, as well as the exciting feature-length film and newest installment to the franchise “Miss Fisher and the Crypt of Tears.”

It is available on a 12-disc DVD set or nine-disc Blu-ray ($119.96/$119.97 SRP), this fantastic boxset includes nearly three hours of bonus features, as well as a collectible magnetic doll exclusive to the collection.

Created by husband and wife producing team Craig Ross, Jr. (“Blue Hill Avenue”) and Caryn Ward Ross (“The Game”), the tantalizing hit series pushes past the limitations and boundaries of traditional marriage as it follows four married couples who agree to participate in an unconventional form of therapy with the hopes of saving their failing relationships. Now on a DVD set ($16.96 SRP), Craig Ross Jr.’s “Monogamy, Season 1” premiered on UMC, the first and leading streaming service for Black TV and film, in 2018.

In the debut season, four troubled couples from around the country travel to Los Angeles, surrendering themselves to a new counseling treatment called “Swap Therapy.” Desperate to repair their broken marriages, they agree to trade spouses while being completely away from, and out of communication with, their regular lives for two months. As they seek healing and a better understanding of their individual relationships, each participant begins to see themselves in ways they could not have imagined for the first time in their lives. As they struggle to manage their short-term desires while maintaining their long-term commitments, they face challenges and temptations that ultimately may prove too strong to fight through.

The SpongeBob Musical: Live on Stage!

SpongeBob SquarePants and all of Bikini Bottom bring a party full of heart and humor in “The SpongeBob Musical: Live on Stage!,” arriving on DVD November 3, 2020 from Paramount Home Entertainment and Nickelodeon Home Entertainment.

SpongeBob and all of Bikini Bottom face catastrophe, until a most unexpected hero rises to take center stage to prove that the power of optimism really can save the world. This one-of-a-kind musical event boasts the full, extended-length broadcast of the hit Broadway musical, plus an exclusive sing-along version only available on this DVD. With a special guest appearance by voice actor Tom Kenny as Patchy the Pirate, this is one under-the-sea spectacular that you don’t want to miss.

“The SpongeBob Musical: Live on Stage!” is a musical production conceived and directed for the stage by Tina Landau, book by Kyle Jarrow, orchestrations, arrangements and music supervision by Tom Kitt, with choreography by Christopher Gattelli, produced for television by Austin Shaw, and directed by Glenn Weiss. Nickelodeon’s Vice Presidents Paul J Medford and Susan Vargo serve as executive producers, alongside Senior Vice President of Music & Talent Doug Cohn and is executive produced and overseen by Executive Vice President of Unscripted and Live Events Rob Bagshaw.