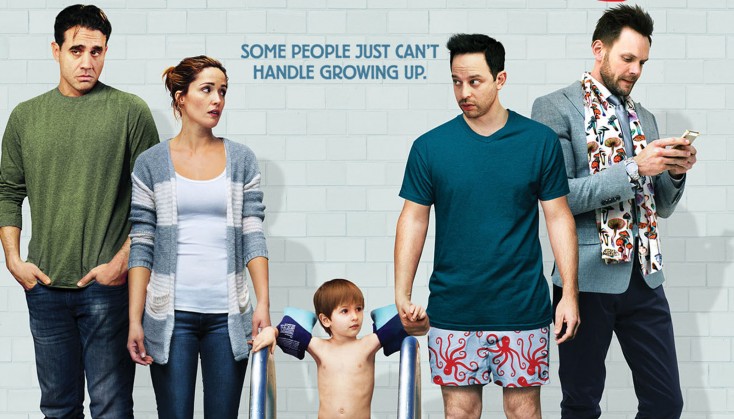 Shailene Woodley (“The Fault in Our Stars”) and Theo James (“Underworld: Awakening”) star in the blockbuster action-adventure, “The Divergent Series: Insurgent,” arriving on 3-D Blu-ray Combo Pack (plus Blu-ray, DVD and Digital HD), Blu-ray (plus Digital HD), DVD (plus Digital) and On Demand Tuesday, Aug. 4 from Lionsgate’s Summit Entertainment label.

Based on Veronica Roth’s No. 1 New York Times best-selling novel, “The Divergent Series: Insurgent” raises the stakes for Tris (Woodley) as she searches for answers and allies in this star-powered, action-packed second installment of the Divergent series. On the run and targeted by ruthless faction leader Jeanine (Kate Winslet, “Titanic”), Tris fights to protect the people she loves, facing one impossible challenge after another as she and Four (James) race to unlock the truth about the past—and ultimately the future—of their world.

The 3-D Blu-ray Combo Pack, Blu-ray (both featuring distinctive lenticular covers) and the already released Digital HD are packed with over four hours of entertaining bonus material including “Insurgent Unlocked: The Ultimate Behind-the-Scenes Access” documentary (a feature-length, in-depth look at all aspects of the movie), audio commentary with producers and five exclusive featurettes: “Diverging: Adapting Insurgent to the Screen,” “From Divergent to Insurgent,” “The Others: Cast and Characters,” “The Train Fight Unlocked”  and “The Peter Hayes Story.”

Aussie actress Rose Byrne stars in Ross Katz’s heartfelt comedy “Adult Beginners,” in which she and comedic actor Nick Kroll play estranged siblings who have to get reacquainted when, after a disastrous business venture, he comes to live with her and her family in the suburbs. With no job prospects, Kroll’s Jake becomes the nanny to big sis’ 3-year-old son. He also has to navigate living alongside his intimidating brother-in-law, Danny, played by Byrne’s real life boyfriend Bobby Cannavale (“Boardwalk Empire”). The dramedy, released theatrically earlier this year, is available on Blu-ray and DVD Tuesday, Aug. 4, with a “Making of” featurette included. The Blu-ray and DVD are available for the SRP of $26.99 and $22.98, respectively.

Available on DVD Tuesday, brothers Samuel (Brodie-Sangster) and Beckett Emerson (Kleintank) are barely scraping by in “Phantom Halo.” Their father, Warren (Sebastian Roché) gambles and drinks away any money they bring home. With all the havoc that is constantly going on in their lives, the family members each find solace in his own way, through Shakespeare, comic books and impossible love affairs. Beckett seizes the opportunity to make some easy money by joining a friend’s counterfeiting operation in hopes of repaying his father’s debts. When his plan goes awry, though, the family must decide what’s most important or pay the ultimate price. The drama marks the feature film debut of Antonia Bogdanovich, daughter of acclaimed filmmaker Peter Bogdanovich. She co-wrote the screenplay with Anne Heffron.

Acorn debuts “Murdoch Mysteries,” Season 8 (a.k.a. “The Artful Detective”) on Blu-ray and DVD on Tuesday, Aug. 4. Exuding plenty of period charm, this critically acclaimed mystery series centers on the brilliant detective William Murdoch (Yannick Bisson), a pioneer of crime-solving technologies in Victorian Toronto. Inspired by Maureen Jennings novels, “Murdoch Mysteries” airs in the U.S. as “The Artful Detective” on Ovation.

In Season 8 of this long-running detective series, joy and heartbreak await Detective William Murdoch (Yannick Bisson) and his friends. After his brutal beating by the dockyard gang, Inspector Brackenreid’s (Thomas Craig) future remains uncertain. Constable Crabtree (Jonny Harris) faces life-altering changes, including a new romance, while Dr. Emily Grace (Georgina Reilly) and Dr. Julia Ogden (Hélène Joy) join the women’s suffrage movement. This box set includes the show’s 100th episode, so wedding bells ring as Murdoch and Julia finally walk down the aisle. Along the way, Murdoch encounters notables like W.C. Fields, Thomas Edison and President Theodore Roosevelt.
Season 8 guest stars include: Peter Keleghan (“The Newsroom”), Patrick McKenna (“The Red Green Show”) and Peter Outerbridge (“Orphan Black”), who played William Murdoch in the 2004 version of “Murdoch Mysteries: The Movies,” which preceded the series. The eighth season of “Murdoch Mysteries” made its U.S. premiere on the AcornTV streaming service, in May. It has been renewed for a ninth season.

The 5-disc DVD set and the four-disc Blu-ray edition each features 18 episodes along with a 100th Episode featurette and nearly two hours of “Making Murdoch” featurettes The SRP is $59.99 from AcornOnline.com.

The BBC’s stunning documentary “The Wild West with Ray Mears” also is available on DVD Tuesday. This two-disc box set features interviews with Cherokee tribal elder Davy Arch and members of the Navajo and Blackfoot Indian peoples, among other experts, this eight-part documentary sets out to show more than just the rugged landscape. Mears delves into how man interacts with nature and how the Wild West shaped American history.

Long before superhighways spanned North America, westbound settlers lumbered across a dangerous continent by covered wagon or on foot in search of a new life. In this fascinating documentary, survivalist Ray Mears retraces the steps of the 19th-century travelers and discovers how the trip’s rugged terrain and deadly hazards tested the pioneers. Mears takes viewers across the seemingly impassable mountain ranges, sprawling grasslands, and arid deserts that confronted those who dared to make the journey. Along the way, he pans for gold, rides the range, and snacks on bear meat with locals who preserve the ways of life forged by one of history’s largest human migrations. From the densely forested Appalachians to the windswept peaks of the Sierra Nevada, Mears ventures into parts of America that remain untamed to this day.

The program is currently syndicated to public television stations through APT and was originally broadcast in the U.K. on BBC Four in May 2014 under the title “How the Wild West Was Won with Ray Mears.” This 2-disc DVD set features eight episodes plus text profiles of fascinating women of the west The SRP is $39.99 from AcornOnline.com.

Bonus features include a 16-page viewers guide with a map of settlers’ westbound routes and articles o stagecoach services, how the west was wild, pioneering women’s right to vote, little-known facts about cowboys and Geronimo’s art of war. Additionally, there are profiles of fascinating women of the west.

The coming-of-age drama, “Blackbird” is available on DVD Tuesday. Seventeen-year-old Randy (Julian Walker) tries very hard to be a good person. Since his father (Isaiah Washington) left, Randy takes care of his emotionally disturbed mother (Mo’Nique), and he’s the kind of friend all of his classmates can depend on. As strong as he seems on the outside, Randy is hiding a secret inner struggle and denial of his true self. It’s not until he opens himself up to love that he discovers that becoming a man means accepting who he really is. Special features include deleted scenes, audition footage, behind-the scenes and D. Woods’ music video “Find Your Way” and more. Directed by Patrik-Ian Polk, the film is rated R.

Also available Tuesday on DVD, James Franco and Jonah Hill star in “True Story,” a thriller from co-writer-director Rupert Goold, based on a chilling real-life story. After journalist Michael Finkel (Hill) is fired from The New York Times for embellishing a story, he learns that accused murderer Christian Longo (Franco) has been claiming to be him. Hoping this story will save his career, Finkel begins interviewing Longo in prison. But soon, the men find themselves in an eerie game of cat and mouse in this psychological drama that also stars Oscar nominee Felicity Jones. The DVD includes a bonus alternate ending as well as deleted scenes, a making-of featurette and more.

For viewers craving horror, “Appetites,” is available on DVD Tuesday, Aug. 4, for an SRP of $27.97. Directed by Cameron Casey (“Budz House”), the film stars Bret Roberts (“The Perfect Husband”), Lauren Parkinson, (“Avengers Grimm”), and Travis Eberhard (“17 Miracles”). Daisy (Parkinson) is the all-American girl next door, with a hunger for true love and an appetite for murder. For years, it’s just been her and her brother living out in the desert, hunting young men for sport—and dinner. While Daisy enjoys these games, she can’t help but yearn for something more. So when she meets handsome John Doe (Roberts), and they fall madly in love, Daisy can’t believe her good fortune. But it turns out John has some eccentric hobbies of his own, and now Daisy must find out if she will be his partner in crime or his next victim.

For horror mixed with a splash of comedy, “Burying the Ex,” also hits home video Tuesday. The DVD is available for an SRP of $27.97. The Blu-ray is already available exclusively at Best Buy. It seemed like a great idea when Max, an all-around nice guy (Anton Yelchin), and Evelyn, his beautiful girlfriend (Ashley Greene), moved in together. When Evelyn turns out to be a controlling, manipulative nightmare, Max knows it’s time to call it quits, but there’s just one problem: he’s terrified of breaking up with her. Fate steps in when Evelyn is involved in a freak accident and dies, leaving Max single and ready to mingle. Just as Max is about to move on with what could be his dream girl, Olivia (Alexandra Daddario, “San Andreas”)—Evelyn has returned from the grave and is determined to get her boyfriend back, even if that means transforming him into one of the undead.